Yes I asked the question and meant it in the language I used. Why am I upset? Well I have been a fan since the channel’s inception in 1979. You see, Columbus, Ohio was one of those first test cities for ESPN making it’s first foray into cable television. If my mom wasn’t watching something or it was my turn to channel surf, boom ESPN was on in our house. Now many of the old NFL stories you used to play on holidays is why I’m a historian on the sport now.

All you had were experts in terms of former players, former coaches who would talk strategies and insight to what the casual viewer could learn. Now I turn on your network and all I see are Jen Sterger eye candy types regurgitating what someone teleprompts her to say.

Half the time they can’t get into an indpth discussion on most of the topics and when they cross reference something there are TEN better references that could have been used! Damn! Does it really have to go to the lowest common denominator like most channels?? You don’t have to sexy up football, men have watched the NFL for 92 fuckin’ years. It didn’t start from an MTV spinoff

You want to know how long I go back with you…First off in 1980, you would start showing football in the third week of July when you would show the Super Bowl highlight from the previous season. I would be buried in the TV listings looking for it because from that point on you’d dabble in historical pieces until the season would start. You had no football shows to speak of but you got the juices going.

By 84′ you’d have Jim Simpson hosting these shows. He’d come on and speak for a few minutes before the Yearbook (they weren’t called that at that point) of the ’73 Dolphins and the ’74 Steelers (which i taped) or a Super Bowl highlight as these shows were dotted across a television viewing day. I always had tape running in those days.

Can remember wanting to hear what ESPN would say about a game on SportsCenter and can remember Chris Berman’s on the field report after “The Catch” following the ’81 NFC Championship with San Francisco knocking off Dallas 28-27. Same thing for the ’82 NFC Championship as the crowd stormed the field in RFK. CBS wouldn’t get down IN the celebration where you guys did. Gave it more feeling than reporting from the booth.

Then every holiday before real games were played you’d show something of yesteryear that added history to the tradition. Can remember on Thanksgiving ’85 taping yearbooks for the ’68 Jets, ’69Chiefs, ’70 Raiders, and ’73 Buffalo Bills. Then on Christmas Day the ’71 AFC Divisional Playoff Highlight to Ed Podolak’s spectacular 350 yard game where the Dolphins beat the Chiefs 27-24 in the longest game ever. Then you played the ’77 AFC Divisonal Playoff of the Super Bowl Champion Raiders beating the Colts in double overtime 37-31.

Up to that point you let the game and the sounds do all the talking, yet in ’86 you started to sprinkle in some good shows. Namely Monday Night Theater (predecessor to my Taylor Blitz Times Theater on Facebook) where you would highlight great games of the past relevant to the two teams playing. Then the coup de’ gras…Monday Night Matchup.

I can still remember the good old days on that show with Ally Sherman, Steve Sabol of NFL Films, and a young Chris Berman. It was the best television show ever covering the X’s and O’s on the sport and I wouldn’t miss it.

With that show’s success you decided: Why not have our own pregame show for the Sunday games?? NFL Gameday and NFL Primetime hit and I was watching from that first episode in ’87. You snatched up the late Pete Axthelm from NBC to go with Chris Berman and a just retired Tom Jackson and I haven’t watched a full pregame broadcast from the regular networks since.

Berman came off the television, just like us. A huge fan, who just happened to be up close to express it and ask the questions we zealots would had we switched places with him. Then you introduced the Sunday Night Games and I thought Mike Patrick was the best play by play announcer next to Dick Enberg. He made the games feel like an event. Can still remember the Sunday Night Matchup with the Cleveland Browns with CBs Frank Minnifield and Hanford Dixon against the Forty Niners and WR Jerry Rice. That game was treated like a Super Bowl and that game dwarfed all others that day and the folllowing Monday.

You were elevating the game with your coverage and shows and literally my television wasn’t off ESPN by this time at all. Throw in college basketball, NFL,  and the NBA’s televised drafts?? Man, I can remember a six way phone conversaton when the Boston Celtics selected Len Bias in the ’86  draft. We all hated the Celtics so we were in a complete shock as you broadcast his selection. Then broadcast on SportsCenter and subsequent shows of his death two days later. Being a high school teenager at the time, man this was big news. Then being on your station following up Bias one week later was the death of Cleveland Browns safety Don Rogers from a cocaine overdose. Where regular news spoke of this for a few minutes and moved on, you gave it hours and depth. Especially one from the black community, I looked at that as a sign of respect not afforded by the regular networks. To many of us, the perception was if something happened to a black celebrity it wouldn’t be afforded the coverage of that of a white one. That was extremely important to me.

At that time and beyond you were the sports information universe outside of what else I was reading on my own. Yet in the late 90’s you started to change into something more commercial, more sinister, more tabloid. Gone was the respect of the athletes you covered and you seemed to sensationalize items that didn’t need to be. Yes, the ignorance and tragedy of Ray Carruth’s murder/ attempted murder of his fiance should be covered, but every time someone gets a speeding ticket or a DUI doesn’t have to be. The tone your station has reporting transgressions of black players has a negative undertone to it. Any argument at a team’s practice facility was now on the air 24 hours a day. All of a sudden you were in a race to leak every off the field incident and to me started to seem more like TMZ than ESPN.

Just know that  power corrupts and absolute power corrupts absolutely. It was exactly at the turn of the century where you became aware of your own pull and started to act as though you owned or governed the leagues you covered. The corporate dumbing down of your shows started and the proliferation of eye candy blondes took the place of former players and writers. Whether they’d be asking silly ass questions on the sideline during games or slowing down topics discussed on shows, I kept asking why??

Then to make matters worse is you are even now a tabloid to those who work / worked for you and started to eat your own young. From the Sean Salisbury incident ( which was totally wrong in our estimation) to Erin Andrews being peeped on while dressing on the road, to Jalen Rose’s DUI a few months back.  Instead of hearing about a trade on Sports Center we’re listening to some report on Erin Andrews?? Please stop! Where the hell did my favorite station go?? What the fuck is this nonsense??

Get back to doing what you had done to become a sports giant. Be there for the fan and offer the best talent and the best coverage a fan can ask for based on information and insight they can provide. You don’t see Fox News getting rid of Greta Van Susteren for an eye candy strumpet with a blouse full do you?? No because the viewer is tuning in for the news and want to hear it from a credible source. Sports is in the same boat and we zealots would tune in anyway. Listen, there were over 80 million viewers that tuned in for Super Bowl X and a reported 120 million for Super Bowl XX, and the sideline reporter for the latter was Bob Griese. Certainly not eye candy. We’re going to tune in. Some outlets don’t need the sex sells dogma that has infiltrated every other aspect of advertising and entertainment.

But alas, we know this is falling on deaf ears but needed to be expressed. Like our government you’re too big to listen and too far gone to reverse your tactics. I thank the NFL for realizing this and building their own network based upon your prior model in the NFL Network. If it weren’t for Chris Berman and Tom Jackson, I wouldn’t turn to your channel. Yet for the few times a week I’m around a television, I tune to you inadvertently and leave a few minutes later disappointed.

So at this time I have to break up with you and I’ll miss my friends Chris and Tom but it isn’t the same. Trey Wingo doing NFL Primetime makes me want to throw a brick through my television and I paid too much for my 47″ 1080P LG. That move along with the bimbo eye candy was the last straw for me and I won’t turn on your channel ever again. From a historian and writer who aspires to make this blog and subsequent website, radio shows, and internet television shows in the spirit an old ESPN could enjoy… This is goodbye. 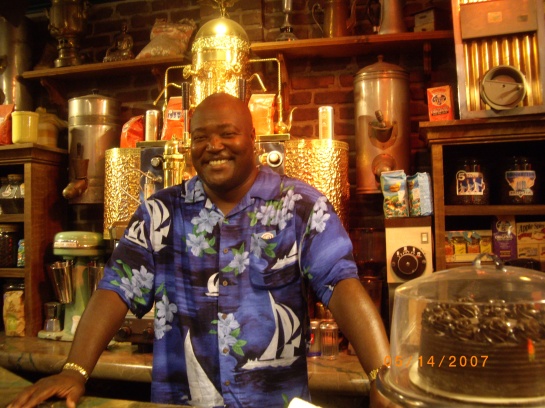 Chancellor of Football from the Football Offices of Burbank, California

12 thoughts on “ESPN- What the Fuck Happened To You??”