The Pro Football Hall Of Fame in Canton, Ohio

When I learned that Jerry Kramer was skipped over as a senior nominee for the Pro Football Hall of Fame, I just had utter contempt for the sportswriters who seem to be the gatekeepers of history. It felt like they were going to work against the groundswell of support for Kramer and the passion from fans talking about his exclusion. I think the selection committee needs to have a few more wrinkles thrown into the mix.

Sure there are personal reasons as to why I would think a player deserves to be in the Hall and is the foremost problem with the voting. There is no way to ignore your own thoughts or feelings about a person’s nomination being put before you. There will be partiality. You’ll remember that last year (______) didn’t vote for my guy so I won’t vote for his this year. That is human nature. So you have to do it by a committee there would be no other way. 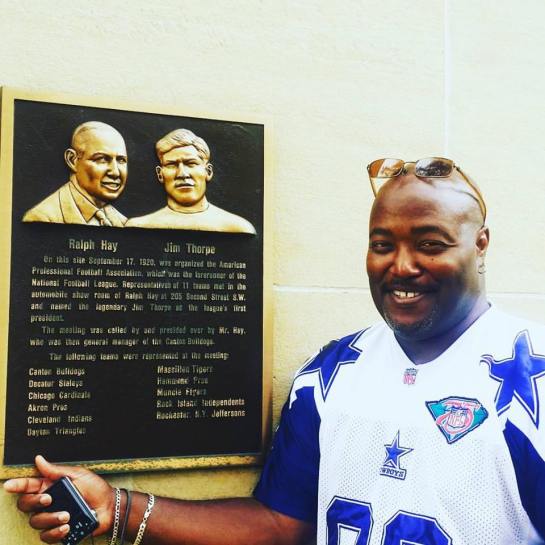 When I think of the Pro Football Hall of Fame, I think of a treasured museum for everyone who ever played the game, at ANY level, could appreciate. The ongoing history to the greatest sport there is and the telling of that story. Don’t tell me that Emmitt Smith is the greatest if you can’t tell me who Jim Brown was, or OJ Simpson, Ernie Nevers, or who Steve Van Buren was. Someone saying he didn’t see Bronko Nagurski or Red Grange isn’t enough. There are books, the Taylor Blitz Times or more important this incredible museum housing all this history. That’s what makes this building significant.

With it’s enshrinees and special wings to memorable moments, the 92 year history of the NFL, the 10 years of the AFL, and early football pioneers before the NFL, come to life. This is where fathers get to teach sons moments in history… Like the famous “wristband” of Baltimore Colt running back Tom Matte from the 1960s. When injuries to the Colts quarterbacks pressed Matte into service, Don Shula supplied him with a “wristband” with the play calls on it for him to remember. That is how he got through the game as a fill in quarterback.

Not only does that legacy live on to this day with every NFL quarterback wearing one, but right now as you read this…there is a father or mother teaching their son that story and looking at the actual “wristband”. What dreams and goals will that kid aspire to upon learning that and tossing the ball with his father the next day?? What if that kid grows up to be the next Dan Marino or Johnny Unitas?? 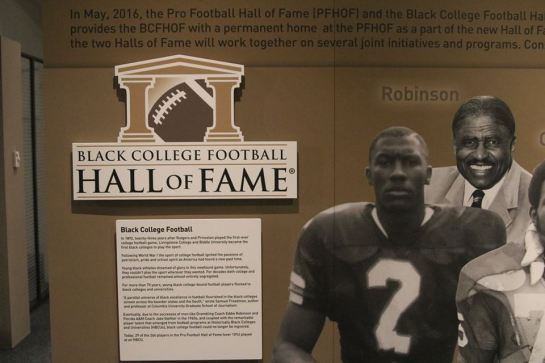 This is why it is important the players, coaches, innovators, owners and their stories should be here to be told. Its for us to relive moments and future generations to learn how things came to be. The special men who were the embodiment of  the very spirit of football.

Which brings us back to The Chancellor’s thoughts on the matter. A few things should be changed which would allow for a  smoother selection process. First things first… we couldn’t just turn the vote over to the fans. This would significantly cheapen the situation and dumb it down to just a popularity contest. We would just have Dallas Cowboys or Pittsburgh Steelers enshrined from this point on…so this one gets thrown out yet not entirely…

The first item to be changed is there should be 30 Hall of Fame players involved in the voting. Who would be better at this than those players who played with or against players coming up for nomination?? How has it gone this far without their inclusion?? A Hall of Famer would best know what another Hall of Famer would look like and play like. Here a nominee would need a majority vote. These votes are confidential…

Secondly, scale back the number of non football playing voters to 30, which would include the Chancellor, and these accounts along with enshrined members would be a better panel to debate who is a Hall of Famer than not. Those writers would be able to hear accounts from the inside that they wouldn’t be aware of without hearing from those players peers. Here a nominee would need half of the vote to make it. Not only that…there needs to be new blood in this pool with the advent of successful blog writers and historians in the mix, the terms for limitation to be on this committee should be 7-10 years. These votes aren’t confidential…

If this were to be done there would be a better selection process and those voting would be held accountable for their vote. Why have the Hall of Famers votes confidential?? They belong to an exclusive club. Its like the Ray Nitschke luncheon. That is not for us… that is for those players who belong to that club to share in it’s exclusivity about what it means to be there and how they are their brother’s keeper. They don’t have to share who they think should be in and why. They do so with a vote.

My feelings on the selection process has been this way for many years yet I had the chance to see it from the other side. Those of you who have been following this blog know that I have my own nominations for players who should be in the Hall of Fame. One of the first articles I wrote was on Jerry Kramer last year on July 26th. Now I’m not exactly sure as to where it took place but I shared many videos of the 1960’s Green Bay Packers here and on Facebook. I came to know Alicia Kramer who spearheaded a great campaign to help her father get inducted to his rightful place. She asked me to be an administrator to the facebook page Jerry KramerHOF to which I was honored.

Seriously, I read two of his books as a kid including Distant Replay, which is one of the reasons I love and write about Pro Football. The fact that he had read and enjoyed a few of my stories on Facebook were a reciprocal part of the journey and why I share with other fans what is on my mind about football and the history of the game.  I contributed as often as I could with videos and such and wrote a letter to “The Hall” pleading for his nomination. I remember uploading the 1968 Green Bay Packers America’s Game to the page. To be right there from the start of that page and watch her work grow to include Hall of Fame members lending their support and passionate fans as well, it is something incredible to be a part of.

When the senior nomination came back without Jerry Kramer’s name on it, I took it personally…and still am. There were countless letters written by enshrinees such as Lem Barney, Jim Kelly, Bob Lilly, Dave Wilcox just to name a few yet Kramer’s nomination comes down to writers over former players?? No way. All the while from my first article to placing it on my Facebook page several times, at least one person would ask “Jerry Kramer is not in the HOF?” every single time.

I also shared an email exchange with Kevin Greene when he didn’t make the finalist round this year. These players who deserve their legacies to be secured earned this right. Those gatekeepers to history need to be guarded more by the enshrinees themselves than writers. That is what I learned from this last year through Alicia’s work. If it were up to them, Kramer wins by a landslide. Yet its time for forward and positive energy. Onward to 2013 and his certain nomination. 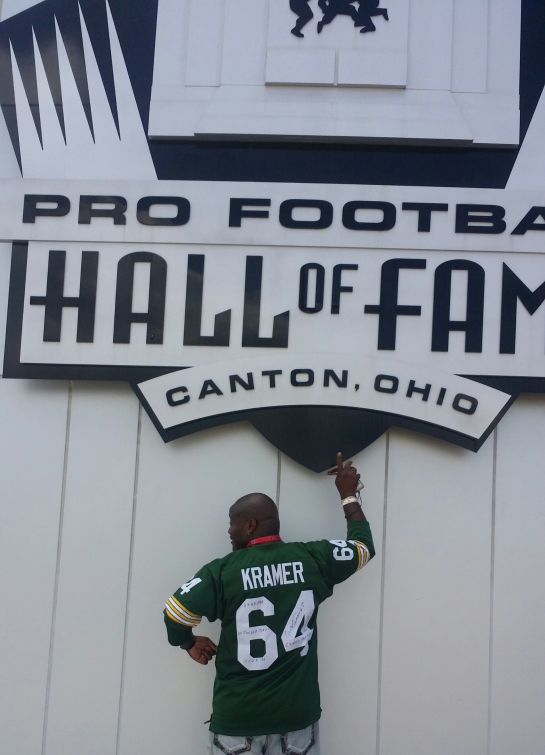 Dedicated to the memory of Hall Of Fame Member Steve Van Buren who passed away last week. RIP You were a great running back and a true warrior of the game. Thank you!!

4 thoughts on “The Chancellor Of Football’s Take: Hall of Fame Voting”