Back when The Chancellor of Football was first developing his love for the sport, most of the stories of great players captivated me. When it came to the savagery of Mike Curtis it was also emblazoned by this photo. 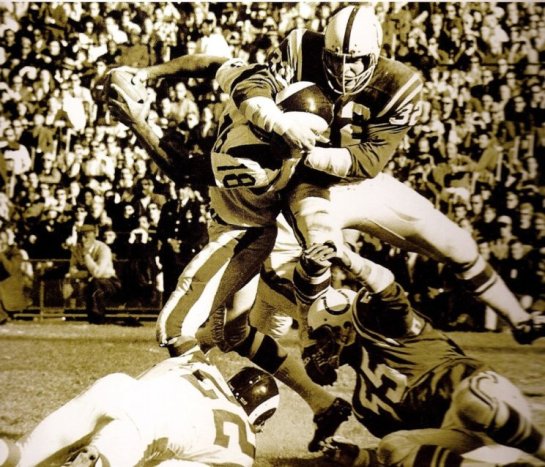 This sack of Roman Gabriel completely captures the visceral side of pro football. Back then you had images like these that accompanied the stories made Curtis bigger than life in the Punt, Pass, and Kick book series. Ironically the Colts during his time evolved from being known as an offensive team into a defensive one.

Baltimore rose to prominence with the 1958 NFL Championship on the arm of Johnny Unitas. Yet as the 60’s were concluding Unitas was aging and the defense came to the fore. Never was this more prevalent than the 1968 season Unitas missed with an elbow injury and the Colts defense set the record for fewest points in a season with 144. Curtis, an All Pro Outside Linebacker was one of the leading reasons why.

In the vignette you can see Curtis aggressive tackling and hitting. You saw him head hunt on several tackles. All he cared about was getting the runner down.  His intensity is what led those Colts defenses. In fact he was the leader of one of modern history’s finest defense. In my series to find out the greatest defenses in NFL history, his 1971 Colts unit came in at #6.  They allowed the 2nd fewest yards per game mark in the NFL since 1970 with 203.7 yards. With only 140 points allowed, it would have been an NFL record had the ’69 Vikings not broken their old scoring record of 144 with 133. 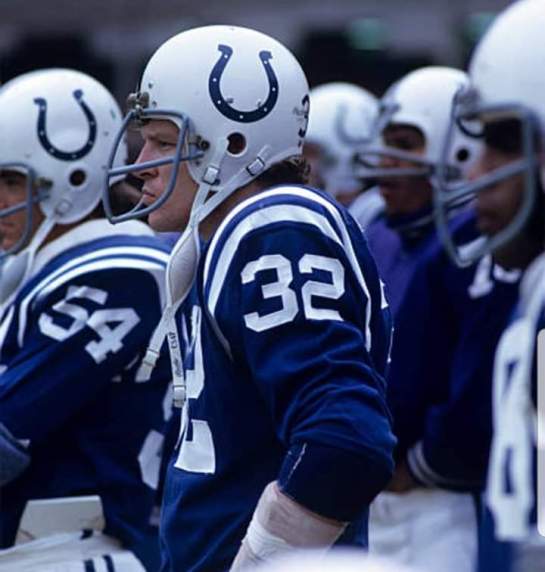 Led by “Mad Dog” Mike Curtis, Fred Miller, Bubba Smith,  and Rick Volk, this was a record setting defense that was overshadowed and forgotten in the aftermath of Super Bowl III. Even though they came back and won Super Bowl V. Then made it to the AFC Championship Game and nearly made it to Super Bowl VI. They once held the record for fewest points allowed in a season and by 1972 held the #2 & #3 spots. They were led by their tempo setting linebacker who was definitely a Soul Of The Game defender.

How Mike Curtis isn’t enshrined in Canton is a mystery to me and is a byproduct of the Colts losing Super Bowl III. Shame on all those writers who didn’t make this happen. Curtis #32 should be in the Pro Football Hall of Fame…no question

8 thoughts on “The Soul of The Game: “Mad Dog” Mike Curtis”