When news of Teddy Bridgewater’s injury surfaced on social media, you knew it was bad. To cancel practice and there were Vikings players visibly getting ill the question arose: Will Teddy Bridgewater ever suit up again for the Minnesota Vikings?? For once there was no video and our collective imaginations ran with what we pictured based upon eye witness accounts like a long begone era. How bad was this knee / leg injury??

Speaking of knee injuries, a one Jordy Nelson comes back to the Green Bay Packers to give Aaron Rodgers his full arsenal of receivers. However he hasn’t cut on that reconstructed knee in a meaningful NFL game in nearly 2 years. Will he have his full range of motion and agility?? Before his injury this was one of the best overall receivers in the NFL based on quickness in and out of his cuts. He can also get deep. Will he have the full confidence to run on that knee with the reckless abandon as before?? 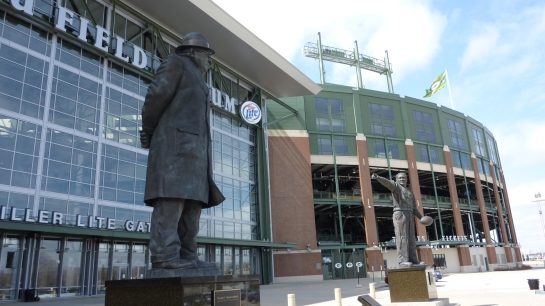 The regular season is just a dress rehearsal for Green Bay to exercise dominance over this division. Last year Aaron Rodgers needed miracle Hail Mary’s to pull off victories in Detroit than again against the Cardinals in the wildcard round. This was important in his evolution since he rarely brought the Packers back from behind in the past. Now they are never out of a ballgame. His 347 of 572 for 3,821 yards for 31 TDs was solid considering he was missing his #1 weapon all year. He learned to trust all of his receivers as evidenced with TE Richard Rodgers (58 rec. 510 yds 8 TDs) and Devante Adams (50 rec. 483 yds 1TD) having career years and these are the and 5th options with Jordy back.

The Packers should lean more on the short pass and their rushing by committee a little more. Last year he was sacked 46 times and Green Bay just released 3 time Pro Bowl G Josh Sitton. Rodgers has to get James Starks (601 yds 2 TDs) and Eddie Lacy (758 yds 3 TDs) running forward to keep defenses honest. By midseason Starks should emerge as the man with Lacy’s up and down weight and performance taking it’s toll on the staff. Eddie will start to break down with the accumulative hits as well without being able to avoid contact. Keep your eye on this going into the 2nd half of the season. 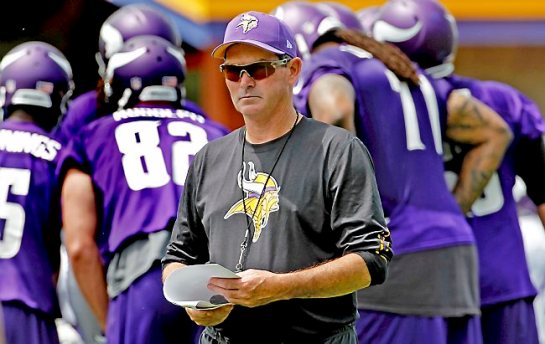 With :22 to go in last year’s NFC Wildcard Tilt with Seattle, the Vikings were readying themselves for a trip to Arizona. Head Coach Mike Zimmer’s squad had improved from 7-9 to 11-5 with an improving QB in Bridgewater and they were about to vanquish Seattle for the 1st playoff win of the Zimmer/Bridgewater era. Alas Blair Walsh misses a 27 yard kick sending the Vikings home for the season.

Fast forward through Bridgewater’s injury and you have a team teetering on 36 yr old Shaun Hill or journeyman Sam Bradford to quarterback this team back to the postseason. They’ll have to lean on improvement from last year’s 13th ranked defense and an aging but still effective Adrian Peterson ( 1,485 yds / 11 TDs). Pro Bowlers SS Harrison Smith, LB Anthony Barr, and DE Anderson Griffen need to duplicate last year’s success for this team to even think of making the playoffs.

The problem is having an unsettled QB situation when starting 2 of 3 on the road in Tennessee and defending NFC Champion Carolina. Sandwiched between these two games has Zimmer’s crew hosting the Green Bay Packers and an 0-3 start is very possible.

The Chicago Bears and Detroit Lions are both totally rudderless ships. Both teams are incomplete and need to focus on discovering where they aregoing with current personnel. Matthew Stafford should lead the Lions to a few more wins this season than Cutler in Chicago.

Just not enough to offset this year’s Green Bay squad. Thanks for reading and please share the article.