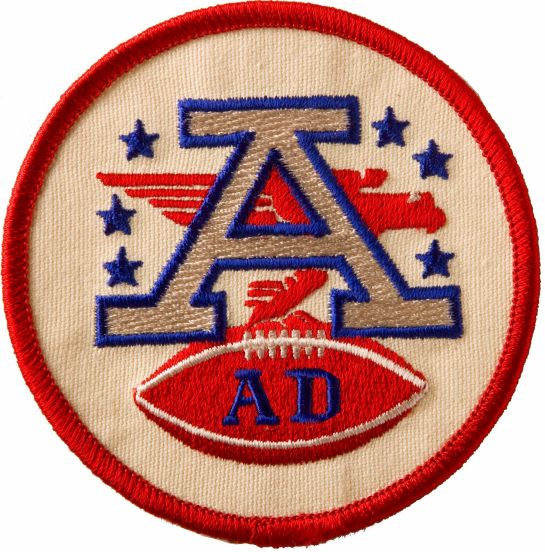 Proposed patch in memory of Al Davis by the Remember The AFL Group in honor of Al Davis' passing.

We are steamrolling into week 5 with a slate of pivotal games today. Now we told you to circle the week 5 Monday Night matchup between the Detroit Lions and the Chicago Bears back in May, so loyal readers shouldn’t be surprised. So we had a bumpy first quarter to this football season predicting games. Week 1 we were 8-8, followed by 12-4, 12-4, and 11-5. So right now for the season Taylor Blitz Times is sitting with a nice 43-21 record. Unlike other groups, we don’t take the 5 easy games to pick and try to look good, call them all and see what you can come up with.

So without further adieu lets get into the games”:

Tennessee Titans @ Pittsburgh Steelers: With the 22nd ranked rushing defense having allowed 2, 100 yard rushers, this is a good time for the Titans to keep playing mistake free football an pulling off an upset. James Harrison is out with an orbital bone break. That’s not a good thing. Roethlisberger will keep the Steelers in it. If you look at the Steelers rushing totals, they’re not as good as years past. Titans

Cincinnati Bengals @ Jacksonville Jaguars:  The Bengals have been protecting Andy Dalton and Bruce Gradkowski with the run and Cedric Benson has rewarded them as the 6th best rusher in football. The flip side of that equation is they now field the #1 defense in all of football. The Jaguars come in with the #2 rusher in Maurice Jones-Drew and the same formula of protecting a rookie quarterback in Blaine Gabbert. They do field a more middle of the road defense and for that reason we’re going Bengals.

Seattle Seahawks @ New York Giants: The Seattle group is foundering under Tavarres Jackson just as we thought and are a junior league NFL team for the forseeable future. If the Giants can’t get up for this team and blow them away in less than 3 quarters, it will say a lot to how far the Giants have slipped since Super Bowl XLII. Giants

Arizona Cardinals @ Minnesota Vikings: Adrian Peterson talk to your offensive line. Here comes the 24th best defense in all of football. What most folks don’ t know is Beanie Wells is averging 5.4 yards per carry and has 5TDs so far. We think the Vikings front seven can slow him down. Vikings

Philadelphia Eagles @ Buffalo Bills: Could two teams arrive at this game so different from one another?? We asked at the beginning of the year if the Eagles were the second coming of the ’94 49ers or ’95 Dolphins?? Early returns are showing have them less than the Dolphins with a 1-3 record. The team isn’t playing with much confidence. The “Land of the Misfit Toys” Buffalo Bills are believing in themselves more and more. Even with last week’s loss to the Cincinnati Bengals they led for much of the game before losing 23-20. It was a game they should have been on lookout for a letdown yet still played well….at home in Rich/Ralph Wilson Stadium??? They keep it going today BILLS!

Steve Smith has resurfaced as one of the best receivers in the NFL and is second in receiving yards.

New Orleans Saints @ Carolina Panthers: This is going to be a fun game to watch….what is surprising is the Panthers aren’t really running the ball as much as you’d expect. Coming into this game, the Saints rank 2nd and the Panthers 3rd in offense and come in 14th and 15th respectively. Cam Newton is on pace for setting rookie passing records and the reawakening of Steve Smith is frightening. The Saints don’t have an answer for Smith…seriously that defense?? Panthers

Kansas City Chief @ Indianapolis Colts: “The I Cant Believe Its Not Butter Bowl” We have the Chiefs winning this one. The Colts played well for the Monday Night  audience to keep from being embarrassed on national television. Chiefs are better as a team. Chiefs

Oakland Raiders @ Houston Texans: In memory of Al Davis, this team will play some hard rugged football. The Texans are out to show they belong with the AFC Heavyweights and Arian Foster will run for more yards than Darren McFadden today. Texans

Tampa Bay Buccaneers @ San Francisco 49ers: The NFL is paying for the 10-6 Bucs of last year not making the playoffs. They are playing physical football with a chip on their shoulder. LaGarette Blount is running like a new model of Eddie George where your heart better be in it if you want to tackle him. Josh Freeman and company go in and burst the Niners bubble today. Bucs!

New York Jets @ New England Patriots: After giving up 34 in consecutive games, this is a bad place for the Jets who stole that first game with the Cowboys. At this point you can’t pick against Brady who has thrown for 1,553 yards, 13TDs and 5 interceptions. Wes Welker leads the NFL in receptions and receiving yards and with that much attention on him the Patriots have to find other receivers. Last January they didn’t. However with the Jets unable to run, they just give Tom Brady too many chances. Patriots

Green Bay Packers @ Atlanta Falcons: Have to take Aaron Rodgers and the Packers