Going into the opening weekend of NFL football most pundits were making the San Francisco match-up with Green Bay a big game. It was from a recent historical perspective but won’t match the intensity of what is about to take place. For in The Chancellor of Football’s eyes, the 49ers let out a huge sigh of relief when Atlanta made a last second field goal in the NFC divisional to beat them 30-28. Had Seattle pulled that game off and faced San Francisco for the NFC Championship, who would have won?? 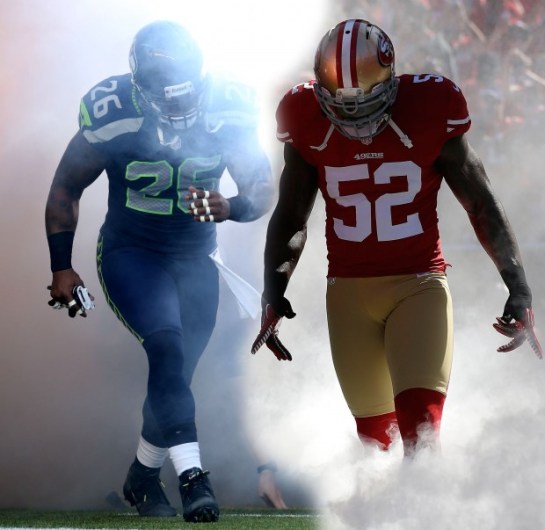 The game NFL fans have anticipated since last year’s NFC Divisional Round of the playoffs.

Lets face it, this entire off-season was an arms race between these two as they played tit for tat jockeying to out-position one another. In perfect poker speak the 49ers saw the Seahawks a Percy Harvin and raised them an Anquan Boldin. Then came the suspension of Seattle DE Bruce Irvin, which made 49er coach Harbaugh make disparaging comments in Carroll and the Seahawk’s direction.

Much of the animosity comes from the history both coaches brought from being Pac-10 adversaries at USC and Stanford respectively. Back then it was USC’s Pete Carroll the established champion that Jim Harbaugh’s Stanford Cardinal chased and constantly had to measure up to. Now the situation has reversed itself in the NFL and it’s been chippy. Under normal circumstances coaches warn their players about offering bulletin board material for their opponent, where here, the coaches haven’t adhered to that dogma. They do not like each other and it helps raise the intensity of the match-up further.

While 49er fans bask in the achievement of making it to Super Bowl XLVII, Seahawk fans are quick to remind them it was their team that won the last outing 42-13 in week 15. One our CEO called before it happened. https://taylorblitztimes.com/2012/12/15/nfl-week-14-nfc-west-not-the-sole-province-of-the-49ers/ yet we digress. Understand it was a blowout of epic proportions and was one of the defining reasons we picked the Ravens in our Super Bowl preview. Yet that is old news ….or is it??

Seattle comes in with the league’s 5th ranked defense into this match-up where the 49ers rank 22nd, yet that’s misleading. San Francisco stared down the Packers and Aaron Rodgers in week 1. Colin Kaepernick tortured Green Bay with a 400 yard passing performance and Boldin had a 200 yard reception in his debut. So what gives??

Last year the Seahawks obliterated the 49ers 42-13 on Sunday night football. They were not only undefeated at home last year but their games became routs before halftime. In that week 15 game it was 28-6 at halftime and the Seahawks were on cruise control. We expect a closer game than that but the winner will be the early favorite to make it to Super Bowl XLVIII. Yet that will be misleading… The winner will just have the early edge in a long season.

Think back to 1992 when the Philadelphia Eagles and Dallas Cowboys were undefeated going into a huge Monday Night matchup. The Eagles had one of history’s finest defenses in 1991 when they had lost Randall Cunningham for the year. So this was going to be their year. All they had to do was beat a growing Dallas Cowboy football team that was undefeated. Philly killed them 31-7 and had the early edge, but it was Dallas that won game 2 and a playoff match-up on their way to their first Super Bowl of the 1990s. 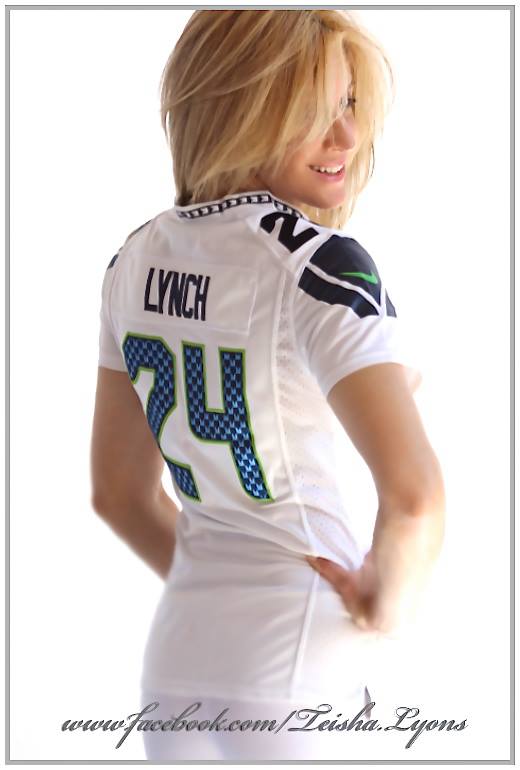 So keep it in perspective. The Chancellor of Football’s pick for this one?? We’ll let the lovely Teisha Lyons take it from here.

In the last 8 years, each team has won one. The Dick Vermeil/Andy Reid Bowl. Both coached in both places. Super Bowl LVII will be a great game.
Trent Dilfer on Bullies from Baltimore Sunday night: "The modern game doesn't impress me. It's so easy to play when you can't hit the quarterback or receivers over the middle or reroute receivers."
Just.... lol
Mama Kelce in the pre show...
What do you mean no one you would t trade for Derek Carr or Aaron Rodgers??
Loading Comments...