Playoff time in the National Football League begins now and you can smell it. Listening to all the pundits talk about the team no one wants to play, they keep talking about the wrong team. The team no one wants to play isn’t the San Diego Chargers, it’s the Indianapolis Colts. They are the giant killers that toppled Denver from the ranks of the unbeaten, beat the Seahawks, bludgeoned the 49ers, and three weeks ago upended the Chiefs to keep them from winning the AFC West. 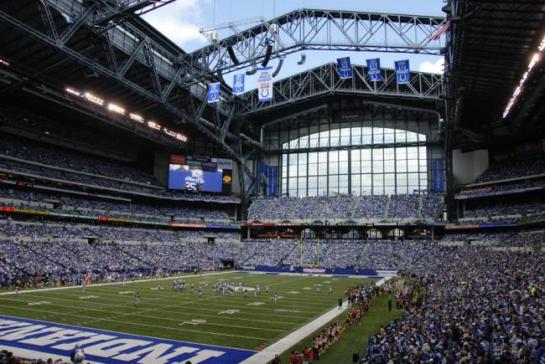 Keep in mind they are coming into this playoff match-up with a higher defensive ranking than the Chiefs. They have to contend with Jamaal Charles who represents 35% of the Chiefs offense. Today Andy Reid has to get Alex Smith to go downfield with DeWayne Bowe while the Colts are keying on Charles.

He led the Chiefs in rushing (1,227 yards) receptions (70) and the league in touchdowns with 19. Right now Reid’s offense is too one dimensional. Dexter McCluster could be a wild card here but we have to see some new wrinkles.

Today the Colts will win 30-21 as they are plus 5 in takeaways at home. Take out the aberration when they turned it over 5 times in a 38-8 loss to the Rams, that number jumps to plus 10.  In the last seven games, Kansas City has forced only 6 turnovers in 6 games and 7 versus the Raiders. The problem is they’ll be missing Tamba Hali although LB Justin Houston is back. The playoffs start with a win in Lucas Oil by the Colts.