The last game of the National Football League’s divisional round of the playoffs. All week long we have heard two camps: The pundits who always say Peyton Manning can do no wrong. In the other the question is being raised on the legitimacy of his legacy having lost so many times in the playoffs in his first game. Did you know that Joe Montana only lost four times in the playoffs in his first game?? Peyton has double that with 8. How is Manning being called the greatest ever quarterback again?? Yet I digress… 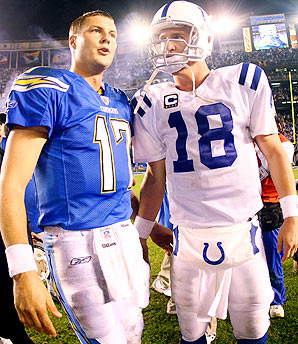 Phillip River’s team has beaten Manning led teams twice in the playoffs in the past.

One amazing aspect is if you go back to the beginning of the 2012 season, it was up in the air how the Manning tenure in Denver was going to go. They were 2-3 when they were down 24-0 to the San Diego Chargers. Phillip Rivers was having his customary good game when the wheels came off. Denver roared back to win 35-24. http://www.pro-football-reference.com/boxscores/201210150sdg.htm The Broncos went on to win the final 11 games of the season while San Diego lost 7 of their last 11. They even lost their coach as Norv Turner was fired.

The Chargers quite frankly shouldn’t be here. They struggled against a Chiefs team that was playing mostly back-ups. Yet here they are playing with house money. They ran the football 40 times in the upset of Cincinnati and now they get to rematch and close the circle against Manning and the Broncos. Did you know that Phillip Rivers is 6-2 v Denver?? The key to San Diego winning at Invesco Field is to run the football like that with Ryan Matthews again. Without Von Miller and Kevin Vickerson, the Bronco defense is missing a lot of firepower v the pass and the run. 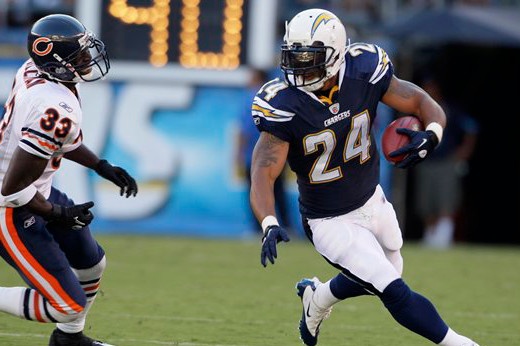 Ryan Matthews is the key to this football game.

For the Broncos they have to run the ball 40 times themselves and take the ball out of Manning’s hands a little. Remember Super Bowl XXXVII when Jon Gruden taught the Buccaneers every tendency of his former quarterback and team in Rich Gannon and the Raiders?? Turned out great for the Bucs in that Super Bowl triumph. We think the same thing is going to happen here. Remember the Chargers are riding a 5 game winning streak. In an upset the Chargers win 30-24.