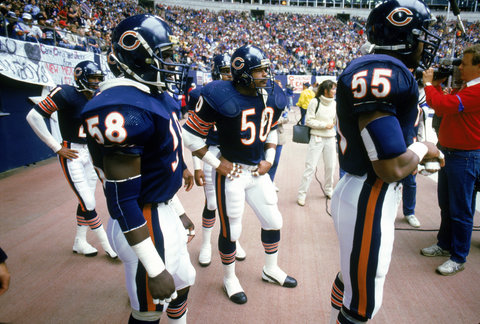 The best trio of linebackers in the game in Mike Singletary, Wilber Marshall, and Otis Wilson.

IRVING, TX – NOVEMBER 17: Wilber Marshall #58, Mike Singletary #50 and Otis Wilson #55 of the Chicago Bears stand on the sideline before the game against the Dallas Cowboys at Texas Stadium on November 17, 1985 in Irving, Texas. The Bears defeated the Cowboys 44-0. (Photo by Jonathan Daniel/Getty Images)