Much like the “dead ball” era in major league baseball when pitchers dominated the 1960’s, NFL defenses in the ’70’s were the equivalent in football. Up in Minnesota, the Vikings used a dominant front four to limit opponents to 225.2 yards per game. Far and away the best in the league that year. In fact the ’75 Steelers, #9 on this list, was ranked 4th allowing 261.5 yards for the season. They only gave up 180 points or 12.3 pts per game in the ’75 campaign.

Interestingly this team didn’t use it’s cold weather advantage to compile these statistics. They played 3 of their final 4 games on the road. One of those came in the temperature controlled Silverdome against the Lions. Within their statistics you can definitely see their dominance. They held 6 teams to 10 points or less while ranking #1 against the pass (115.8 yds / gm) and #1 against the run (109.4 yds/ gm).  This team threatened to go undefeated bolting out to a 10-0 start. 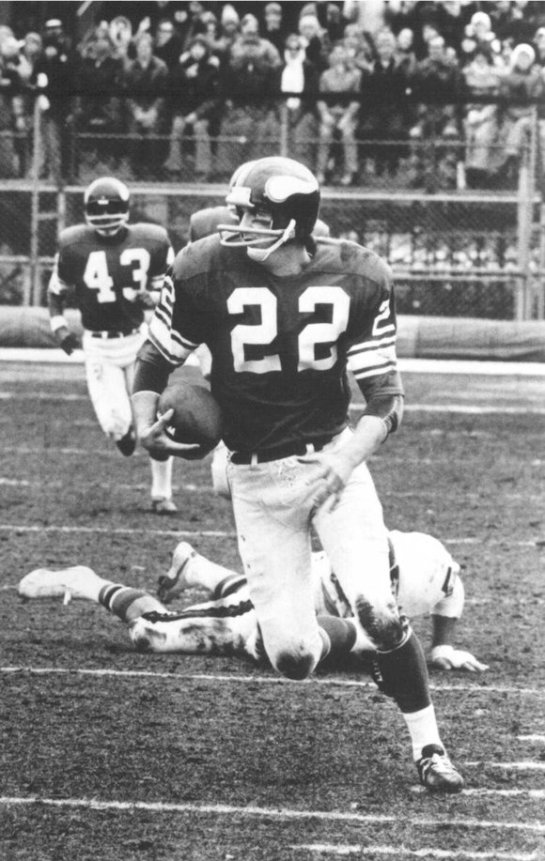 Led by All Pro and Pro Bowl DT Alan Page, this group put significant pressure on the quarterback. Free Safety Paul Krause, the NFL’s all time leading interceptor had 10 on the season. He made the Pro Bowl in ’75 along with MLB Jeff Siemon who picked off 3 more passes and CB Bobby Bryant who snatched 6. They were 3rd in interceptions with 28.

The only knock on this group is they played just 2 top 10 offenses the entire year. However they did face the #1 ranked offense in the Buffalo Bills in the season finale. OJ was threatening for 2,000 again and playing at home, was held to 57 yards rushing to finish with 1,817. They held the Bills to just 13 points and forced them to miss the playoffs.

From this group, Alan Page, Paul Krause, and DE Carl Eller all made the Pro Football Hall of Fame. There are many who believe DE Jim Marshall should be in as well. This team went into the playoffs with a head of steam. They lost 17-10, when Roger Staubach hit Drew Pearson in the famous “Hail Mary” with :24 left in the NFC Divisonal Playoffs.

There stellar defensive season ranks 8th in The Chancellor of Football’s list.