While Jason Pierre Paul was resting in the hospital, news of his right hand damaged in the fireworks explosion were slow to leak. There was mixed information up until Adam Schefter was able to illegally get a hold of JPP’s medical record stating his index finger had been amputated. Once that news went viral a ton of questions entered The Chancellor’s mind… 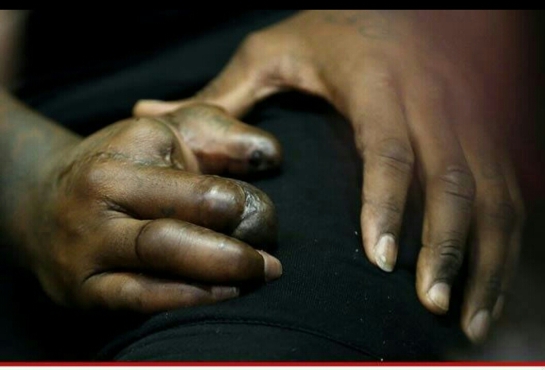 This is the right hand of JPP.

How can a defensive end lift weights with a damaged thumb and missing index finger to maintain his strength and heft?? How can a defender who needs his fingers to grab and pull on an offensive linemans jersey, arms, or hands be effective?? When the Giants sent him home without signing his franchise contract, The Chancellor thought his days as an NFL’er were over.  Now looking at the damage that was done to his right hand, this is definitely going to be an uphill battle.

The first true test is to see how sensitive the nerve endings are in his hand and if his pain threshold will be high enough.When in a pile will other players go after that hand in an attempt to slow him down??  Many questions remain and for a pass rusher coming off the right side… we will have to see how this goes. From the looks of it, The Chancellor doesn’t see a player returning close to form. He will have to club crack back blockers instead of a full hand to grab and swim. What happens if a running back is breaking to the outside where he has containment?? Will a swing with a club bring down a power runner?? He is going to have to put that hand in harm’s way and this won’t be an easy task.  Jason Pierre Paul….sigh….we’ll be watching.