One of the pet peeves of our CEO is a rush to sensationalize things by traditional media. One of the reasons to pull for the Seattle Seahawks is Fullback Derrick Coleman who is legally deaf. He is the subject of a touching Duracell commercial focusing on what he’s had to overcome to be an NFL player. Yet erroneously, it was reported on several outlets he is the first deaf player in NFL history.

Not so fast… Do you know who Kenny Walker is?

Well a little research you would have come across this defensive tackle that played for the Denver Broncos in 1991 and 1992. He was an 8th round draft pick and former All American for the Nebraska Cornhuskers. He actually needed to have his instructions on the sideline signed to him. The coach would talk and next to him was the interpreter signing away his in game adjustments.

Walker didn’t play in a Super Bowl but he did help the Broncos to the 1991 AFC Championship Game. In his rookie year as a reserve lineman, he recorded 3 sacks and was part of the defensive rotation. 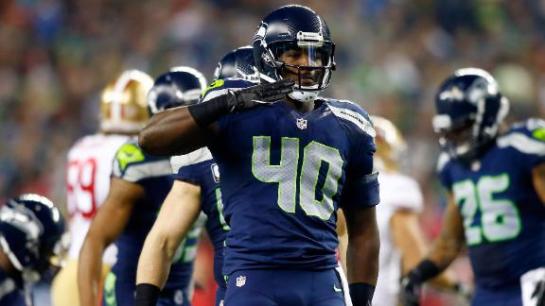 Make no mistake about it, we’re cheering for Derrick Coleman in life and Super Bowl XLVIII. Hopefully somewhere Kenny Walker is smiling and even though he played for Denver, a part of him has to be pulling privately for Coleman to do well.