If we take you back to the beginning of this decade we didnt have the college football playoff and there was an argument for teams that were the equivalent of college basketball’s mid majors. Did the Boise St Broncos and TCUs of the world belong with college football’s elite??

The Chancellor of Football was wrapped up in the same argument and touted Boise St belonged. It was an argument for their team, competition they faced and the players themselves. SEC loyalists would scoff their players were better and how Boise didn’t belong even though they were 6-0 against top ten competition between 2007-2010.

Going into the 2011 season the argument got even louder as Taylor Blitz Times and The Chancellor produced this article: 2011 Heisman Campaign – Doug Martin of Boise St. The argument took off on Facebook & Twitter where Doug Martin would be a better pro running back than Mark Ingram and Trent Richardson then starring at Alabama. Or at least from this historian/talent evaluator’s view.

Martin didnt fulfill his promise with an injury filled senior season and Ingram also struggled rushing for 474 yards 5 TDs as a rookie. Yet 2012 would be different. Ingram would be versed in the pro game and start to make his move and Martin was healthy headed for the draft.  Once Mike Mayock of NFL Network came out and stated Martin was the most NFL ready back a lot of talk died down.

Hadn’t The Chancellor of Football proclaimed that more than a year earlier??

The Buccanneers learned to entrust Doug Martin with the football in his hands as the lead horse.

Once Martin became the 1st round selection of the Bucs and in the same division as Ingram the stage was set. However Martin’s rooke season began with fits and starts. A flash here and there but hadn’t put a whole game together and then came week 8.

In a national televised Thursday night contest Martin put it together with a 29 car. for 135 yards and 1 TD performance. He also had to 3 receptions for 79 yards and another score. The 2-4 Bucs upset the 5-2 Vikings and the league took notice of Martin.

Those that doubted his ability to play on this level had all shut their collective mouths for this was a strong performance. We hadn’t seen anything yet as the Oakland Raiders and their 12th ranked run defense was the recipe for a historic performance:

Once the dust settled, Martin had set the Bucs all time single game rushing record with 251 yards and 4 TDs. He scored on runs of 45, 67, 70, and 1 yards all in the 2nd half. Yikes! Had Adrian Peterson not broken the NFL’s All Time rookie single game yardage mark with 296 in 2007, Martin would have broke it with this 2012 performance.

If you include his 1st carry of the 4th quarter, the 70 yard TD, Martin had 10 carries 213 yards and 3 TDs in 16:00 of football. He was staring the NFL’s single game rushing record (296 yards) in the face with 14:00 left in the game. Highlights on NFL Redzone and cut ins around the country showed Martin just destroying the Raiders.

As for that original argument The Chancellor had waged with SEC loyalists backing Ingram ended that afternoon loudly. Martin would go on to a Pro Bowl season with a career best 1,451 yards 11TDs. Ingram finished with 602 yards and 5 TDs.

After a few injury filled seasons Martin bounced back with a 1,402 yard season in 2015 when he finished 2nd in the NFL in rushing… again to?? Adrian Peterson. His signature game in that season was a 27 carry 235 yard performance against the Eagles in 2015. 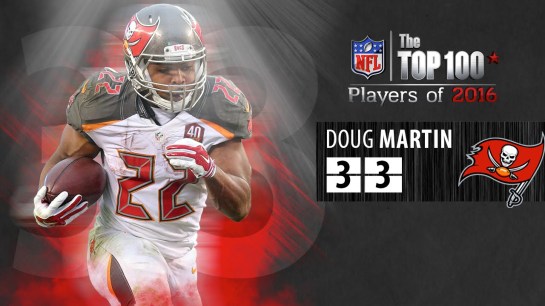 He had injuries during his career but the flashes he showed were some of the best in NFL history. The game against Oakland was the signature game of his career. If he could have avoided the injury bug…