Remember as Super Bowl XLVIII was approaching and the apprehension for a cold weather Super Bowl in New York?? What happened the last time there was a game played in late January in the Meadowlands?

New York could hang their hat on the 2000 NFC Championship game…a 41-0 whoopin ‘ of the Minnesota Vikings in Dennis Green’s last game.  The first thing you’ll say is “Oh the Vikings only had 114 yards of offense!”  Gee that’s funny, but in the same (35 degrees) weather Kerry Collins (who?) yeah Kerry Collins threw for an NFC Championship game record 5TDs & 381 yards in the game and was on fire from the word go.  He wasn’t throwing to Jerry Rice, Andre Reed, Sterling Sharpe or Michael Irvin either…

Joe Jurevicius, Ike Hilliard, Amani Toomer, and FB Greg Comella (who?) Greg Comella!! Tiki Barber was used as a decoy.  So don’t make it seem like you can’t pass when the temperature goes down because these guys were the greatest show on grass for one game. 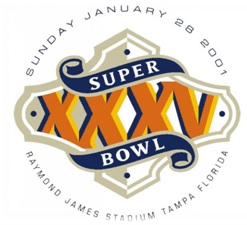 They had been called the worst #1 seed ever going into the playoffs. After a 20-10 emotional win against the Eagles, they wandered into the NFC Championship game as a home underdog to the high flying Minnesota Vikings. When Offensive Co-Ordinator Sean Payton struck with this masterpiece:

A very stout Giant defense where MLB Michael “Bam Bam” Barrow joined with college teammate Jessie Armstead (The U ) to form an inspired bunch after coming over from Carolina.  Jason Sehorn and Dave Thomas (won with Cowboys in 93) were big physical corners…Strahan and Keith Hamilton were anchoring the line…and if you remember that Super Bowl against the Ravens, the Giants got jobbed when they called Hamilton for defensive holding negating Jessie Armstead’s interception for a touchdown that would have tied it at 7. 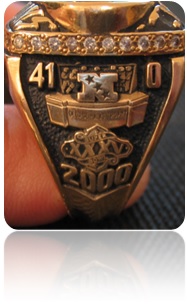 This defense was stronger than the team that won in 2007, they just ran into the Ravens…but they crowned the up & coming Eagles and Vikings to get there.  As for playing a Super Bowl in the elements?  Buck up and go do it…it’s been done before so don’t make any excuses!!

This is a forgotten champion in New York’s history and many will forget that both the Offensive and Defensive Coordinators in Sean Payton and John Fox would go on to coach their own teams to Super Bowl appearances over the next decade. Fox in XXXVIII and XLVIII with the Panthers and Broncos respectively. Then Payton when he won it all with New Orleans in XLIV.

A more visceral look back at this great game in the 1st half:

In one of the greatest championship performances in NFL history the Giants won the NFC Crown 41-0. Although they were beaten by the Ravens in Super Bowl XXXV this was a season to savor as most pundits had the Giants forecast as a .500 ball club. Yet New York would have none of it.