The Pittsburgh Steelers of the 1970s were definitely known as a defensive football team. They came of age during their run leading up to Super Bowl IX, but it was in the following two seasons they were at their zenith. The late Chuck Noll had a roster that entered its prime on the defensive side first after drafting DT “Mean” Joe Greene in 1969. 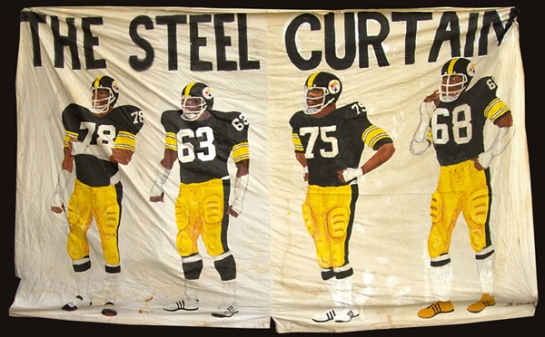 The banner that hung in Three Rivers Stadium honoring the Front Four.

As defending Super Bowl champion, everyone gave them their best shot. For all the talk of the ’76 version, this team was equally stout. They only allowed 162 points while holding 8 of 14 opponents to 10 or fewer points. This didn’t include the Cincinnati Bengals, who under Paul Brown and Bill Walsh fashioned the league’s #2 ranked offense. The Steelers did hold them to 24 and 14 points to sweep them as they finished 12-2 to Cincy’s 11-3.

In fact the ’75 AFC Central was the first time in history 3 teams finished with at least 10 wins thanks to the 10-4 Oilers. Take away the games with the Steelers and the Bengals finished 11-1 and Houston 10-2 v the rest of the NFL. Pretty significant to go 4-0 against these two then wouldn’t you say??

When it comes to quality opponents, two of the Steeler’s 8 games of 10 or less allowed  came against top 10 offenses that year. Now add in both the AFC Divisional playoff and the AFC Championship where they gave up 10 points in both wins over Baltimore (12th offense) and Oakland (4th in offense). Then they made it to Super Bowl X and beat the 3rd best offense in the Dallas Cowboys while only yielding 17.

Joe Greene was the 1st Steeler drafted in the Chuck Noll era.

Now this is a heavyweight champ that left little standing in their wake defensively. The lone blemish?? OJ Simpson and Buffalo’s #1 ranked offense got off on them in a 30-21 win. “The Juice” broke for over 200 yards in Three Rivers Stadium. Buffalo ran for 308 yards in that game.

All that withstanding, the Steelers sent 3/4ths of their secondary to the Pro Bowl. Cornerback Mel Blount, who led the league with 11 interceptions, joined FS Mike Wagner and SS Glen Edwards. These guys were behind a good group of Linebackers that included fellow Pro Bowlers Jack Lambert, Andy Russell, and Jack Ham. Yes all three made the Pro Bowl. Once you follow that up with DT “Mean” Joe Greene and DE LC Greenwood, you have 8 of the starting 11 in the Pro Bowl….. Eight!! Come on…that is beyond the college try. Now you know why the ’78 Steelers didn’t make the top ten. 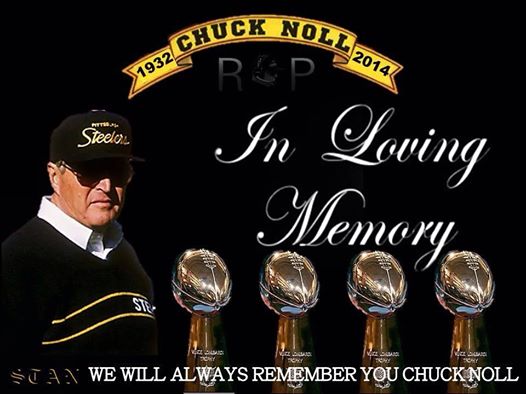