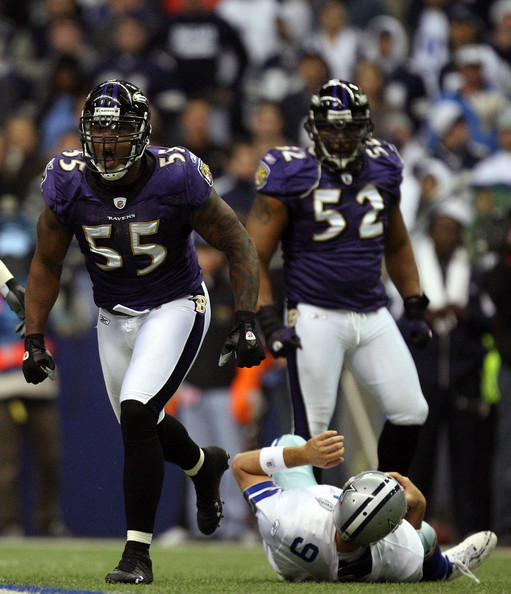 The winds of change will blow across the AFC North this year starting at the midway point. The Pittsburgh Steelers are due to succumb to age and fatigue. Much like the Los Angeles Lakers in basketball, they’re forays into the NFL playoffs have equalled nearly a complete additional season of wear. Since 2004 the Steelers have participated in 13 post season games. Coming back with 7 projected defensive starters over 30, this should become an issue as it has shown with Troy Palamlu’s late season injuries. With a physical team, it doesn’t bode well for back to back seasons. Even when this team won the Super Bowl after the ’05 and ’08 seasons, they missed the playoffs the following year.

Standing at the gates of this slight dip in production stands the Baltimore Ravens. The Ravens have to prove to themselves they can beat the Steelers at full strength. They have the first game of the season circled and must come through to build confidence. Many Raven fans have expressed disappointment for losing TE Todd Heap to free agency Yet this team needs more of a vertical presence.  Enter WR Lee Evans. If he can come in and free up the underneath routes for Boldin, Flacco can fully develop. He relied on the short throw to the tight end too much. If this happens… 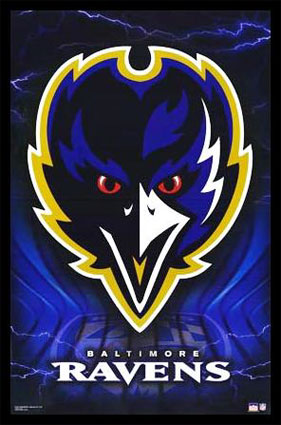 The Cincinnati Bengals have been on a strange odyssey over the last half decade. They have made the playoffs twice in the last 6 years, yet we had witnessed promise that should move them to the next level, and we’ve been disappointed. At time of this article, Carson Palmer is still in a self imposed exile, and Terrell Owens and Chad Ochocinco never  became the receiving threat as promised. All three are gone from the 2011 squad that is searching for an identity and leadership under coach Marvin Lewis. They signed scrappy quarterback Bruce Gradkowski, who looked really good against the Colts in the 3rd preseason game. Will he be able to channel that moxie into firing up his teammates?? Will they have the players to take advantage of it this year?? There is work to do in the Queen City. 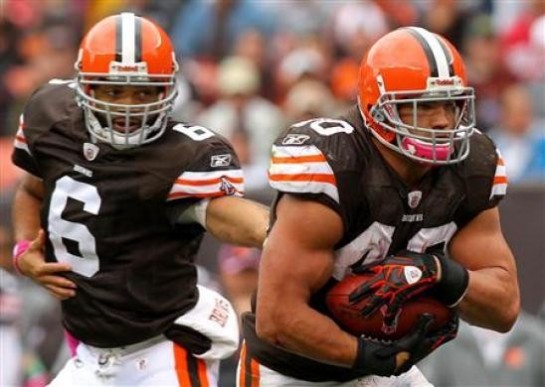 Applause for the Cleveland Browns. They are returning to the 4-3 defense after a forgettable stretch in a 3-4.  They just don’t have the athletes to run that type of defense and this is a step in the right direction. Peyton Hillis should get the ball as a featured back this year and could wind up with a 350 carry season.  With the team slowly bringing Colt McCoy along at quarterback, they’re going to have to win some close to the vest affairs. Especially when they face the Steelers and Ravens. All four of these game happen between weeks 13 -17. So they have time to build some confidence and get ready for these cold weather games. Right now, new coach Pat Shurmur is out to find out who is ready to take the next step and lead the Browns back to prominence.  Shouldn’t be a factor until next year at the earliest. 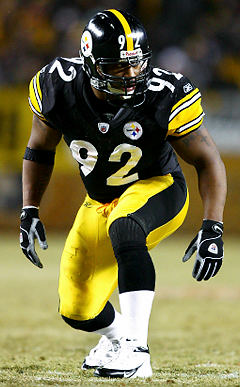 Back to Pittsburgh. The Steelers have developed some young talent at receiver and running back and could have one of the their best offenses in many years. Antonio Brown looks like a legitimate deep threat and kick returner. He gives the Steelers an explosive element not seen since the heyday of Antwan Randle El. Roethlisberger is still in his prime and will have to bail out the Steelers late in many games this year. The one player who should be at his best should be James Harrison, he shows no signs of slowing down and is the enforcer on that defense. He is the one player Pittsburgh can’t afford to lose on defense. Do you realize he is coming up on the all time record for most fumbles forced for a career even though he’s been a starter for only 6 seasons. He’s a wrecking machine and a former defensive player of the year.  For the Steelers to retain their AFC North mantle, it’s he and Woodley who have to make all the plays. The problem is they can only mask a deficient secondary so long. See Super Bowl XLV game footage…yet we digress. The Steelers, just like the Ravens will ultimately be undone by their secondaries. However when it comes to the AFC North, the Ravens win it….barely.

Thanks for reading…share the article.

Next Up The AFC East