Up in the Pacific Northwest the playoffs will be underway when the Lions enter Qwest Field as an underdog. After a 5 game winning streak against non playoff teams, Detroit fell to 3 straight teams who are in the postseason. In fact they went 0-4 against teams that made the playoffs so it begs the question… how will they win in Seattle??

Stafford’s injured hand in a glove.

Interestingly Seattle isn’t exactly streaking into this match-up either. Not only did they finish 3-3 over the last 6 games but the vaunted defense gave up more than 30 points in the last two losses. Some may point to the loss of FS Earl Thomas who was lost for the season. Yet reality is setting in how plucked and depleted their defense has become over the last few years due to free agency.

Seattle comes in with the NFL’s 5th ranked defense however LB Bruce Irvin and Super Bowl MVP LB Malcolm Smith are playing in Oakland. CB Brandon Browner is out of football, DE Clemons is in Jacksonville just to name a few are missing from the XLVIII championship unit. Now Thomas injury adds to this mix although several holdovers remain.

Surprisingly 15 of the 37 sacks Detroit has allowed have come on the road. This tells us Matt Stafford will work the short passing game and keep the Seahawk pass rush at bay. The Lions haven’t won a game since Stafford injured the middle finger on his throwing hand and their last game outdoors?? They only scored 6 points in New York. They have to  possess the ball and own time of possession. 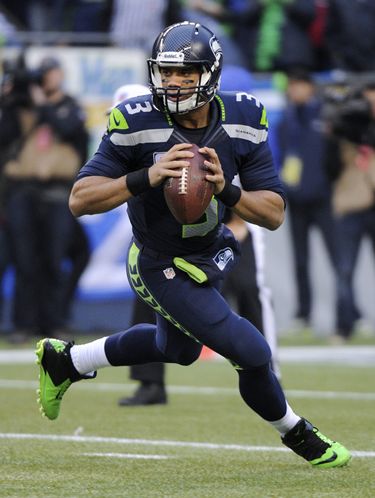 Russell Wilson and the Seattle offense has struggled to establish an identity all season. Without his scrambling to aid the offense in getting 1st downs they have run by committee and have yet to be inconsistent. Ever since CJ Prosise injured his shoulder the team has shuttled in a series of backs. In fact the Seahawks leading rusher is Christine Michael (469 yds) who has been cut and plays for the Green Bay Packers.

The Seahawks are vulnerable but Wilson should make a few plays to bail his team out today. He has a penchant to start scrambling before realizing his injured ankle hampers him and taking big sacks. He can’t do that today. One fumble on his side of the field can give the Lions life.

Seattle should squeak by in this game 23-12. Having lost 3 of their last 6 along with 3 road games where they couldn’t score 10 points, they are vulnerable. They may have a 1 week reprieve with a win this week.