Super Bowl XII, Cowboys 27-10 over the Denver Broncos…very painful game…didn’t get to watch it…long story …and LIVED in Denver at the time…I’m still upset at my Mom for that!! TV with a blown picture tube and couldn’t go to a friend’s house to watch th……sigh…deep breaths Jef. Remember how many of us played this game over and over on electric football?

This team was known for several firsts:

Everyone talks about Dallas and the great train heist that was the Herschel Walker trade… what about the deal to get Tony Dorsett??Seattle traded their #1 pick to Dallas for several picks in 1977. The Cowboys landed Tony D. and Seattle got some substitute teachers and their cars washed. Overnight the Cowboys returned to the league’s elite because they were down in 1974 where they missed the playoffs. Dorsett became the anchor for the Cowboys rushing for 1,000 yards in 8 of the next 9 seasons. 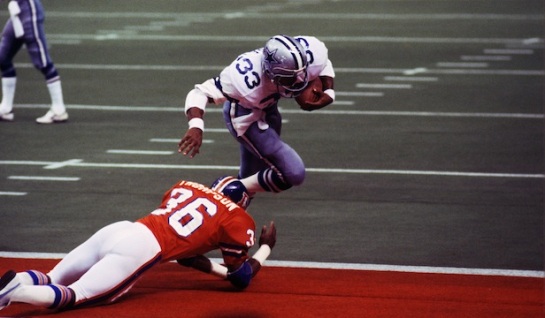 This game ruined the legacy of the Orange Crush defense because they were special…after 7 turnovers they still only gave up 27 points.

*How did Butch Johnson’s touchdown not be ruled an incomplete pass?* 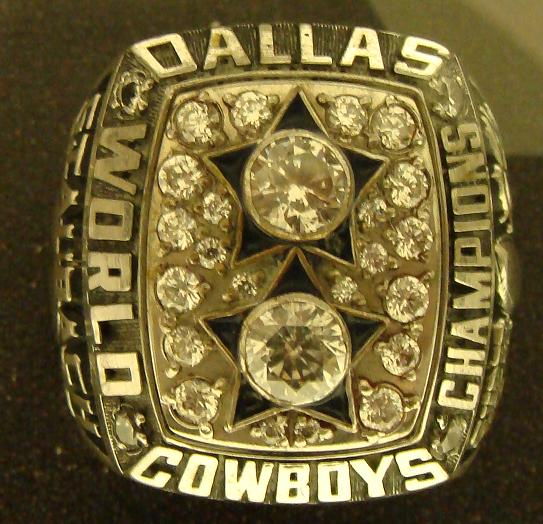 Enough of that Cowboy haterism….Did you know that this was the only Super Bowl champion to finish the season #1 on offense and #1 on defense in the same year?? To say that the Dallas Cowboys weren’t the best team in football is to deny what was Tom Landry’s best team ever. Pittsburgh was run over in Denver in the 1977 AFC Divisional playoff 34-21, so Steeler fans you gotta stay quiet with this one and they got handled in that game. Randy White, Ed “Too Tall” Jones mixed in with Larry Cole and Harvey Martin were the sickest pass rush in football. Unofficially Martin recorded 26 sacks in just 14 games.

Drew Pearson was in his prime, rookie Tony Hill was doing his thing at receiver, coupled with Hall of Famers: Roger Staubach and Tony Dorsett at RB…they made you hate them with their air of invincibility if you weren’t a Cowboy fan. It was at this point when NFL Films dubbed them “America’s Team” that has stuck to this day…whether or not it bothered you or other players and teams. For one year this was about as powerful a champion as you can find.

Sour grapes? Maybe but Dallas’ pass rush was ridiculous. Craig Morton should have been the MVP for all the Halloween candy he passed out in interceptions that day. Yet Randy White and the late Harvey Martin earned the honor of the only Co-MVPs in Super Bowl history. Amazingly that gave the Cowboys 2 Super Bowl MVPs wearing the number 54 (Chuck Howley in V). We should have seen the loss coming, for both teams had identical 12-2 records and Dallas beat Denver in the last game of the regular season. So you couldn’t say it was a fluke.

Dallas’ 2nd best team of the 70’s was the team that lost in the chance to repeat in Super Bowl XIII to the Steelers, but this team in 1977, was solid at every position, and spectacular at others, and Staubach quarterbacked them to their second Super Bowl win.

With the Cowboys one of the  NFL’s youngest teams, Tom Landry seemed destined to win more Super Bowls.