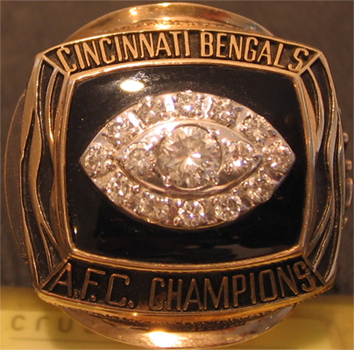 Are you a champion only because you won the championship over your competition? Can there be another definition for one?? Are you to tell me that before 1985, Walter Payton wasn’t a champion? I remember Aeneas Williams firing up his Arizona Cardinals sometime around 1999, when he gathered his team and said “Champions aren’t born in the ring, they’re (only) recognized there”.  Why do I ask these questions, I think there are other definitions of a champion.  To show a champion’s will to win.  To not concede to the onslaught of another team even when you’re hopelessly behind. The greatest efforts of championship teams gone by weren’t games they won they were games that they lost.

On multiple occasions I heard Michael Irvin, Troy Aikman, and Emmitt Smith speak with the most pride on how they handled the ’94 NFC Championship Game.  They fell behind 21-0 in the last game before trying for the elusive Super Bowl 3-peat. Against the 1993 Pro Bowl defense (6 defensive signees) geared to stop them they fought on and came within a controversial call of coming back in that game, losing 38-28.

Jack Lambert and the Late Art Rooney Sr. spoke reverently of their beloved 1976 Steelers who did not win the Super Bowl.  This defense was the reason that the rule changes of ’78 took place to open the passing game. In an 8 game stretch to finish the ’76 season, the Steelers gave up only 28 points and shut out 5 of their last 8 opponents to catch the Bengals and make the playoffs. They lost in the AFC Championship Game to the Oakland Raiders 24-7 because BOTH Franco Harris and Rocky Bleier, who each rushed for 1,000 yards in ’76, missed the championship game. Many including the Steelers themselves hold this team with a greater degree of pride than the 4 teams that did win it.

What are we getting at here? A champion is defined by the magnificence of their effort no matter the odds.  Our society loses sight of this from time to time.  Please don’t misunderstand this as though winning it all isn’t the ultimate, just saying that there are even greater stories of those who put in a monumental effort only to come up a tad short.  Yet they maximized all they could give…which is what we all teach to kids all over. Give all you can and that is all you can do… so without further adieu we bring you a story of one of those great champions in the 1988 Cincinnati Bengals.

This story is from an upcoming book.