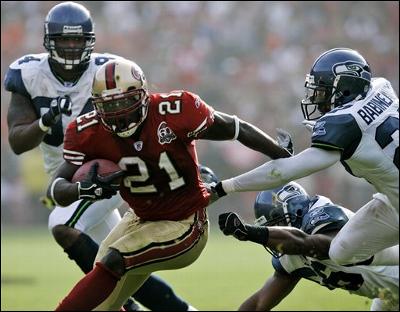 Look up sibling rivalry in a 2011 NFL dictionary and you would find these two teams at the top of the list. Fro the first time ….what?? No we’re talking about playing rough and tumble smash mouth football, supplemented by stout defense not brother coaches. Come on they won’t take the field. Now where were we… The surprising 9-1 San Francisco 49ers have run up a gaudy record while playing physical lights out football and are on the verge of tying the 1988 Buffalo Bills as the earliest division winner in NFL history. Standing in their way is the team that has made playing football in a traditional sense a way of life: The Baltimore Ravens. Since the 2000 season the Ravens have been the vanguard of playing football from a defense first perspective. Presently the Ravens sit 7-3 and atop the AFC North as we head toward the stretch run. So who will win tonight’s game??

As we take a look at the 49ers the first thing that pops out is how strong they’re running the football. Right now they are averaging 4.3 yards per carry led by Frank Gore who’s averaging 4.6. In his 9 starts he has slashed his way to 870 yards and 5 of the 49ers 9 rushing touchdowns. Beneficiary to all of this running are both quarterback Alex Smith and a rested defense. Do you realize the 49er defense hasn’t given up a rushing touchdown all year and are #1 against the run?? Alex Smith is enjoying his best season ever with 13TDs to only 4 interceptions. He looks much more sure of himself and that has to attributed to former quarterback Jim Harbaugh. The Niners are waiting for Michael Crabtree to break out also. Aside from TE Vernon Davis there really isn’t a home run hitter on the team that defenses fear. 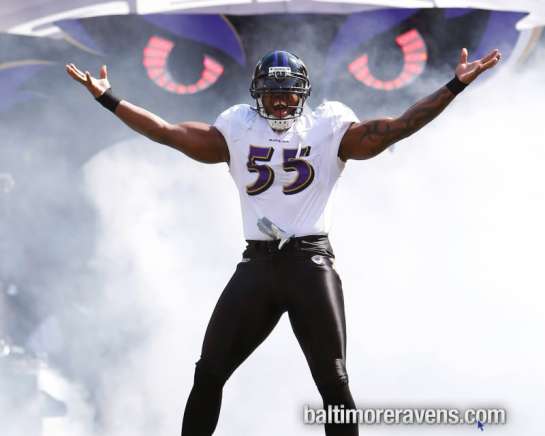 However when it comes to games like this and of this magnitude, the Baltimore Ravens are ready. When they see a game against a fellow heavyweight coming they rarely lose. Before we get into the players performance…do you realize the Baltimore Ravens are 5-1 against teams with winning records?? Where San Francisco fields the 8th best defense in pro football, Baltimore fields it’s 4th best. With Ray Lewis status still unknown it’s hard to pick against this defense. They performed well in his absence in the 31-24 lead to take the division lead away from Cincinnati last weekend. The pass rush, which at one time was just Terrell Suggs (6 sacks), has been supplemented by young rushers in Paul Kruger (4.5 sacks) and Pernell McPhee with 4. In fact there is a tie between 3 teams with 31 sacks and it’s the Ravens who are 4th in all of the NFL with 29 sacks. Yet oddly enough the Ravens are -2 in the turnover ratio over the last seven weeks. They rarely force turnovers against teams they don’t know well.

So it comes down to which quarterback will be able to get their passing games off the ground. At a loud outdoor palace we have a hard time seeing Alex Smith bringing his “A” game with him. In his 6 years, this is really the biggest game he’s played and he hasn’t had to face fire breathing defenses out in the NFC West. With a pedestrian set of receivers the Ravens should be able to handle TE Vernon Davis. By the third quarter the Ravens on pass defense will have 9-10 men within 20 yards of the line of scrimmage since they can’t get deep. Consequently Torrey Smith (29 rec. / 590 yds / 5TDs), Anquan Boldin (44 rec. / 684yds /3 TDs) are both headed to 1,000 yard seasons. Ravens wide receivers?? Seriously quit laughing. 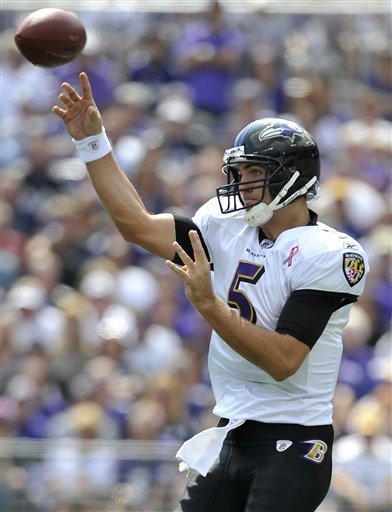 So there you have it…we pick the RAVENS in this one. We’re not entirely sold on Joe Flacco, but with a last second touchdown throw to beat arch rival Pittsburgh, he can prove himself further with another big win. As for Alex Smith, he better pray that Frank Gore and the running game can get underway or he’ll be running for his life.  Keep in mind the Ravens are the 5th best in defense against the run. Michael Crabtree you’re up!! Time to be the receiver that held out for all that money when you came in. If you’re going to do it, it had better be tonight. Just don’t think the Ravens pass rush will allow Smith time to find him.

Happy Thanksgiving everyone. Enjoy the games, good food, and remember to share the article…will ya’??