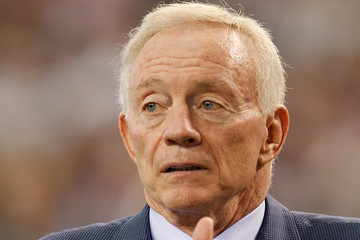 Earlier this week there were musings from both Jerry Jones and his son Stephen as to the window closing on the Dallas Cowboys.  I thought “window to reach the Super Bowl?” What planet have these two been living on?? Don’t they know that more than half of Cowboy fans everywhere want to string up Tony Romo?? We’ll deal with Romo being the scapegoat in a minute but this team isn’t good enough to heap this type of pressure on it. Now of course every NFL owner has aspirations of his team hoisting the Lombardi Trophy at the end of the year but why add pressure to an already combustible mix??

First off your head coach is an unproven commodity.  Jason Garrett comes from a long line of coaches yet has shown he’ll mismanage ball games from time to time. Last year he inexplicably iced his own kicker in a mind numbing loss at mid-season. This would be more forgivable had it been the first game of the season, but systems should be well oiled at that point. Well it’s true that the NFL is more of a passing league now yet when you look at Garrett’s offense, all of his running plays are based on trickery. Draws and screens for the most part from pass formation looks. This emphasizes not only what they practice most, it shows the type of RBs they have acquired in the last 4 years. Tashard Choice, DeMarco Murray, and Felix Jones are all 3rd down type backs. Not one of these guys can break a tackle and go down at first contact.

Think back to the loss to the Detroit Lions last year. This team had a 17 point lead in the second half when the Lions began to roar back. Once the Lions closed to 30-24 with 9 minutes to go in the game, they punted and pinned the Cowboys to their own 3 yard line. It was at this exact same point in the 1995 NFC Championship Game that Emmitt Smith burst through a hole and arm tackle from George Koonce, and ran 35 yards to get the team breathing room. This finished with a game clinching 7 minute scoring drive. Yet in this game, with Romo having thrown 2 interceptions for touchdowns in the 3rd quarter, couldn’t turn to his running game to bail him out. All that could be mustered??http://www.pro-football-reference.com/boxscores/201110020dal.htm  Two anemic runs for 2 yards, one each by Jones and Choice, then an incomplete pass and the rest is history. In both attempts these two went down at first contact. 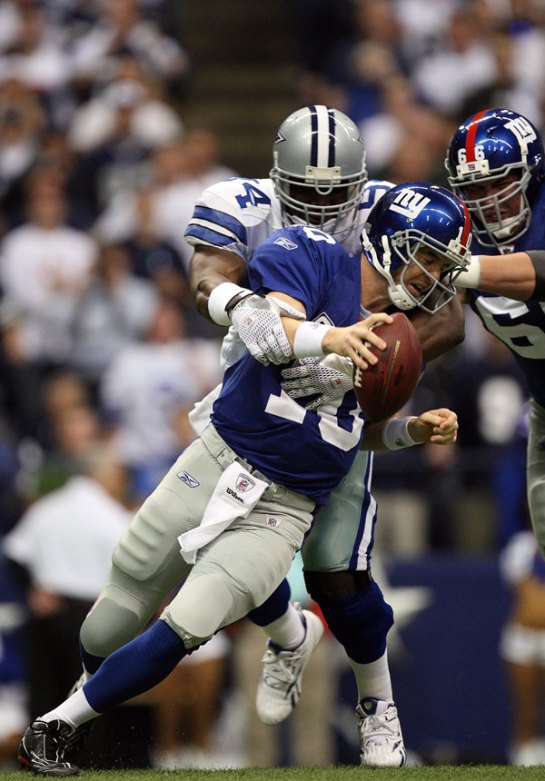 The Dallas Cowboys can’t run the football and it stems from not getting their pad level low on the offensive line and making holes. They don’t practice it and they can’t push their way out of a bad smelling bathroom evidenced by only rushing for 5 touchdowns all season. Are you serious?? What Super Bowl quality rushing attack are the Jones’ talking about?? I know….some Cowboy zealot will bring up DeMarco Murray’s season and let’s take a look at it shall we?? He rushed 164 times for 897 yards and 2 touchdowns and a 5.5 yard average. Not bad until you take a closer look at the numbers. Take out his 25 carries for 253 yards and a 91 yard touchdown performance against the 31st ranked against the run St. Louis Rams and what do you have?? A modest 644 yards on 139 carries and only 1 touchdown. Not only does this team not have a running back to close ball games, Garrett’s play calling and practice habits lend to this team not being able to run for vital first downs or goal line touchdowns. Hence Romo is forced to throw in obvious running situations down near the goal line which leads to many field goals.

What is also left out of the equation is you fielded a defense that ranked 14th overall and a paltry 23rd against the pass. This was with All World LB DeMarcus Ware who had 19.5 sacks, which ranked second in the NFL. What would have happened had Ware not been this productive?? Did you also know that along with last year’s Minnesota Vikings, this is the only time in NFL history that a defense fielding a defender with 19 or more sacks played on a team ranked 20th or below in pass defense for that year?? In other words where are your other defenders?? Your safety position is still in disarray and 1st round draft pick CB Morris Claiborne had better hit the ground running. Especially with Terrence Newman having departed via free agency.

For most teams that did field expert pass rushers they had other defensive stalwarts to offset him. Whether it was Keith Millard 19 sacks to Chris Doleman’s 21 sacks in 1989 for the Vikings, Lamar Lathon’s 13.5 sacks to Kevin Greene’s 14 in 1996 in Carolina, Leonard Marshall’s 15.5 sacks to Lawrence Taylor’s 20.5 for New York in 1986, to Otis Wilson’s 10.5 sacks to Richard Dent’s 17 for the ’85 Bears, Ware needs help. Only one of those teams didn’t make it to the conference championship with two of them winning Super Bowls. Now Anthony Spencer played well in the second half of the season and came up with 6 sacks but aside from Ware there are no playmakers on defense. Sean Lee is showing flashes but not yet has he put it together for an entire season.  I’m definitely not seeing a Super Bowl caliber defense here…not until a true superstar emerges to help Ware.

Which leads us to Tony Romo. Now it’s been noted that I have said he is a good quarterback and statistics bear that out. However something is amiss with his fight or flight mechanism. In critical late game scenarios his decision making has cost the Cowboys several games. It’s been a systemic issue since the team can’t run out the clock which forces him to pass at times he shouldn’t be. Yet it’s a reciprocating issue. Last year, Thomas “Hollywood” Henderson blasted Romo for throwing a late game interception to Darrelle Revis in the loss to the Jets on opening night. The argument went on for days on Facebook, yet I tried to point out the blocked punt for a touchdown the special teams gave up and the collapsing of the defense on a long drive. Both also came in the fourth quarter.

“Hollywood” was right he shouldn’t have thrown that pass but who get’s the blame?? The defense that gave up 335 yards passing to Mark Sanchez?? Head Coach Garrett who when leading just 24-23 on the road with 1:10 to go in the game, calls for a passing play in the first place which was the Romo interception?? Did Garrett make that decision based on the fact the Cowboys could only run for 64 yards in the first place?? This in microcosm epitomizes the Cowboys as a Super Bowl team. Add these up and you’ll come up with the conclusion that I have as The Chancellor of Football… The Cowboys are nowhere close to a Super Bowl window in terms of talent nor coaching and especially not in temprament. Jerry Jones is like many rich men with total control in their lives… often are delusional and think they can buy their way to what they want. Yet when it comes to football, that approach is just misappropriated spending. Just ask Daniel Snyder in Washington.

Thanks for reading and share the article….and quit quoting Jerry Jones media…please