As we make our way into the second week of the NFL playoffs, its time to put on the big boy pads as the heavyweights join the fray. First giant to be awakened are the Seattle Seahawks. Not only have they gone 15-1 at home over the last two regular seasons, but Coach Pete Carroll excels at getting his teams up for big games. This dates back to his days when he led the Men of Troy to 2 straight collegiate national championships.

Kam Chancellor’s thunderous hit on Vernon Davis a year ago is still the defense’s seminal moment in becoming the NFL’s most feared defense.

Don’t forget the New Orleans Saints were dethroned as defending Super Bowl champion in Seattle to a team less talented than this one 41-36. Remember the 2010 Seahawks were the first team to enter the playoffs with a losing record. Now fast forward to this year’s 34-7 Monday night massacre in week 13 and keep a few things in mind.

The first is Pete Carroll’s expertise is teaching in the secondary. And let’s face it, The Legion of Boom is led by the league’s best secondary and there isn’t a group close to this one. Not in physicality or cover skills. Richard Sherman has talked the talk while leading the league in interceptions with 8. The safety tandem of Kam Chancellor and Earl Thomas is easily the best and most physical. Carroll’s defense and bad weather is the kryptonite to Sean Payton’s offense.

The second is the road record from the boys on the bayou. Do you realize they were 1-4 in their last five road games to end the season?? The lone win?? A 17-13 win over the Falcons who were in the midst of a tailspin of a season in week 12. Sure they made team history with a win in Philadelphia but that was against a first time playoff coach in Chip Kelly. A first time playoff starter in Nick Foles and a playoff inexperienced team in the Eagles. Those jitters kept the game close and a more experienced Saints team took advantage.

Yet are the psychological scars from the primetime beat down in Seattle healed?? The Chancellor of Football says no. You can be more ready to play a team but when one physically beats you down, that lives with you in high stakes collision sports and boxing. Have you ever listened to a boxer discuss in an interview how haunted they were when they were physically manhandled by an opponent. If it’s psychological than it’s sociological and a team has to re-live that nightmare. 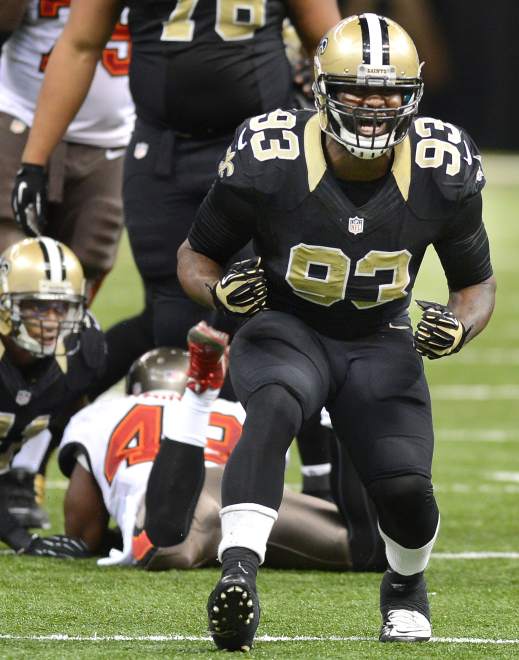 The Saints bring a defense to Seattle this weekend and is the real wild card in this rematch.

However there is a silver lining in Rob Ryan and the Saints defense. You remember him right?? Jerry Jones fired him last year and brought in Lane Kiffin and had the worst ….alright I digress. They come in with the 4th best defense in football and have forced 13 fumbles this year. On a rainy day, this could be where this defense could turn this playoff game.

After reviewing the regular season match-up again, the Saints offense was completely manhandled by the NFL’s #1 defense. One theme that has held is how badly the Saints fare against top defenses on the road. With NFC supremacy on the line, they only scored 7 and had 188 total yards in the Monday night massacre in Seattle. Then with NFC South supremacy on the line two weeks later in Carolina, they score 13 in another loss that relegated them to a wild card.

Russell Wilson is used to playing in the elements. Thanks to his college days in Wisconsin and Seattle as a pro.

Sandwiched between these was a 27-16 loss to St Louis where they were outhit again. Do you realize these 3 losses were all on the road in weeks 13-16?? Now they are going out on the road again to the rainy Pacific Northwest with that passing game?? It doesn’t look good.

Now this is the playoffs where you elevate your game and this Seahawks defense is the best The Chancellor of Football has seen since the 2000 Ravens. https://taylorblitztimes.com/2013/03/08/2013-seattle-seahawks-preview-ready-to-make-a-move/ This is the team we picked to win the Super Bowl and Percy Harvin is back to add a missing element. The Saints hope to get to him and force a turnover when he gets it. Russell Wilson will play his usual heady game and run when he has to. The coverage of Richard Sherman and Byron Maxwell is necessary to keep it going. Yet look for a thunderous shot by Kam Chancellor on Jimmy Graham early in the game to send a message.  The Seahawks are too good and too fast for New Orleans and should win 38-3. The only way the Saints stay in this game is to force some turnovers.