Let’s see if we have this right…. All Pro Tight End Jimmy Graham is up for free agency and if he’s franchised, he wants the money of a wideout, not that of the position he plays. Where does that logic come from?? Welcome to the lunacy that can be NFL free agency. For a team that has just $5.1 million of cap space, are the New Orleans Saints about to overpay for Jimmy Graham?? 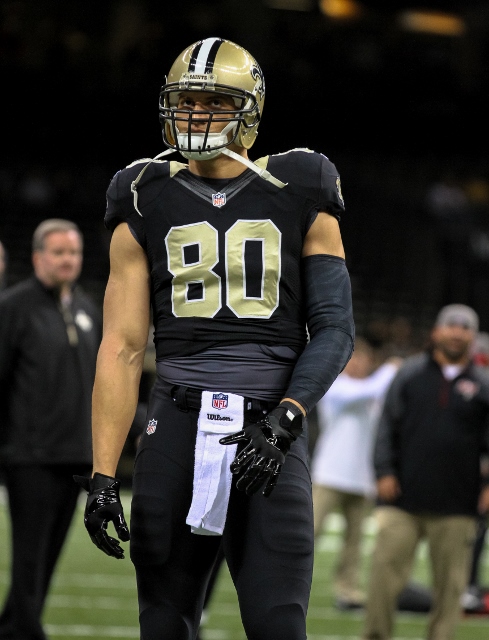 Now that the Saints are coming off their first season with Rob Ryan as Defensive Coordinator, they made it to 4th in total defense and 14th against the run. Yet the Saints let go of longtime defensive leader Jonathan Vilma and dangle starters Will Smith, CB Jabari Greer, and both Safeties Roman Harper, and Malcolm Jenkins for other teams to sign.

All this for a Tight End that disappeared in 2 games against Seattle last year?? He had a combined 5 catches for 49 yards. The Panthers and 49ers had success against Graham also. The Saints will have to rebuild their defense instead of gaining strength from the continuity they established last year.

That’s too much money for a player that can be taken out of the game by a stout defense.

Sure he caught 86 passes for 1,215 yards and 16TDs but now they won’t have money to field a legitimate defense. At the top of the conference sit the best defenses since the early 2000’s. So how is a Tight End worth $40 million, who is taken out of the game by tough defenses going to improve the Saints??

3 thoughts on “Salary Cap: When Do You Say When??”