In the “Battle of Champions”,  XIII on January 21, 1979 the defending Super Bowl champion Cowboys took on the Steelers in deciding who was to be the team of the decade. There have only been a few occasions where a Super Bowl champion came back better the following season. The 1978 Dallas Cowboys were one of those teams. 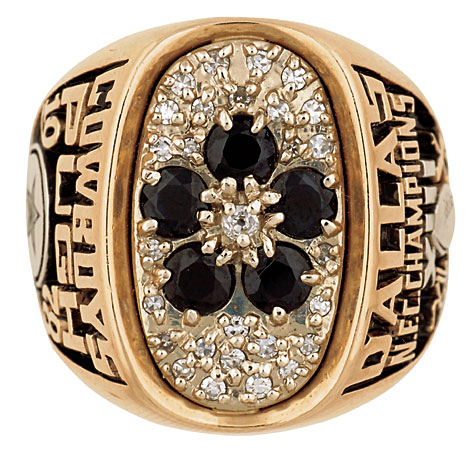 Of all the teams coached by Tom Landry built by Tex Schramm and Gil Brandt, this was the apex of their work. In 1977 they finished #1 on both offense and defense. Rookies Tony Dorsett (1007 yds) and Tony Hill were just learning the offense and fighting for playing time. 1978 saw them each explode onto the scene as Pro Bowl performers with Dorsett flashing for 1,325 yards and 7 TDs. Hill supplanted Golden Richards, teaming with ’77 Pro Bowler Drew Pearson, gathering in 46 balls for 823 yards and 6 TDs. So they were much more explosive.

Finishing #2 in defense in 1978, nothing really changed from the season before. Pro Bowlers Randy White, Harvey Martin, Charlie Waters, and Cliff Harris were joined by 1st timer “Hollywood” Henderson. Whose athleticism had lethal impact on the Cowboys’ nickle packages. Although the NFL extended the regular season to 16 games in ’78, the Cowboys gave up fewer points (208) than they had as league champion the season before (212). 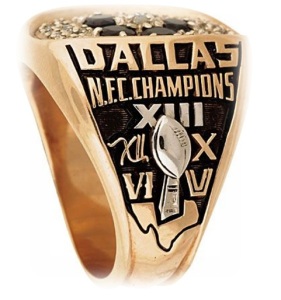 Did you know the ’78 Cowboys were .5 yards per game from being #1 on offense and 8 yards per game from being#1 on defense for a second straight year?? So when they vanquished the Los Angeles Rams and their #1 ranked defense, on the road 28-0 for the NFC Championship, their trip to Super Bowl XIII was for more than winning a title. They had a chance to finish as a dynasty and arguably the best in history.

The best Super Bowl of the first 25 had the Steelers scoring 1st then the Cowboys answering on the last play of the 1st quarter.

The Doomsday Defense II forced a fumble by league MVP and Super Bowl MVP Terry Bradshaw as the first quarter wore on. Just when the Steeler offense seemed to get it together, Doomsday struck again near midfield to take a 14-7 lead. Courtesy of Hollywood Henderson who taunted Bradshaw in the week preceding Super Bowl XIII.

The Steelers struck back with 2 scores to take a 21-14 halftime lead. Bradshaw had answered with several scoring drives and finished with 253 yards passing. A Super Bowl record… Dallas wasn’t living up to their defensive billing. After the first initial offensive drives, the Steelers had held Staubach and company in check.

Although the game had gone back and forth, the Steelers had outgained Dallas 271 to 102 yards. The teams had combined for 5 turnovers. However 1 aspect of the game had gone in Dallas’ favor, the Steelers trapping running game had been smothered. That trend continued in the second half as the Cowboy offense found it’s bearings. Down 21-14 late in the 3rd, Staubach drove the Cowboys to the Steelers 11 yard line. Poised to tie the game, the fickle hands of fate  interceded…

Having to settle for a 21-17 deficit, the momentum lost affected the Cowboys until late in the 4th quarter. In actuality neither team could move the ball for the balance of the second half. Only a pass interference that had impact beyond this Super Bowl gave the Steelers momentum.

The Steelers scored a few plays later to make it 28-17 on Franco Harris’ 22 yard trap up the middle. Another fickle bounce of the ball happened when kicker Roy Gerela slipped kicking off. It went right to DT Randy White. With a casted hand tried to handle the ball on a return when he fumbled it. The Steelers scored on the next play and viola…they were up 35-17 with 6:41 to go. The Cowboys were undone on a bad pass interference and two strange bounces of the football.

The Cowboys didn’t go quietly into the night.

Staubach led the Cowboys to back to back touchdown drives to cut the score to 35-31. They couldn’t get a second onside kick and the Steelers ran out the clock. The Steel Curtain finished the game on fumes. Dallas couldn’t be stopped on those last 2 drives. Comparing both defenses: 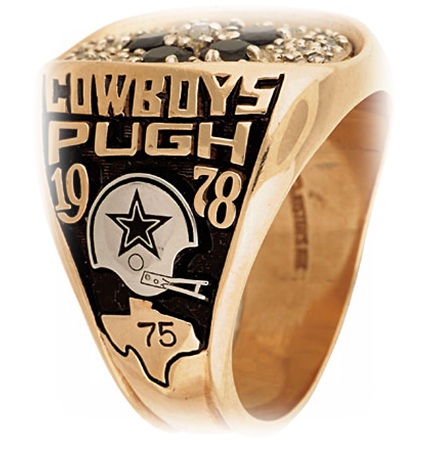 Even though the Steelers had bested Dallas in SuperBowl X, this  could have made things even at 3 wins a piece.  Anyway…to the victor went too many spoils when it comes to Hall of Fame inductions off these teams.  No Harvey Martin, no Drew Pearson?  really…Pittsburgh was better…but not 10 inductions to 3 better!  No chance. 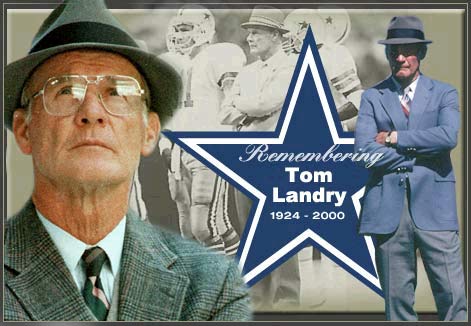 Who knew this would be Tom Landry ‘s last Super Bowl team.