Whenever I think of the NFC North, I still envision the old black and blue division which was the NFC Central. The new division has given way to the new NFL and the heavy emphasis on passing.  With the reigning NFL MVP in Aaron Rodgers averaging 41 TDs thrown over his last 3 complete seasons, you either take to the air or find a way to ground Green Bay. Over the last decade, this division has been the Packers to win or lose. However a small storm is blowing in from the northwest

Armed with the return of the league’s best back in Adrian Peterson and a growing young QB in Teddy Bridgewater, the Vikings are poised to steal the division. Head Coach Mike Zimmer is a defensive wiz whose pass defense ranked 7th in the NFL. Peterson controlling the clock is the recipe needed to ground the Packers and Lions and vault Minnesota to the top of the division.

Even before the injury to wideout Jordy Nelson, it was clear the Packers needed to score to cover defensive deficiencies. After defections in LBs AJ Hawk, Brad Jones and reserve/suspended listing of DEs Letroy Guion and Datone Jones to start the season, Green Bay’s defense has yet to find itself. The Eagles thoroughly undressed Dom Caper’s defense in a 39-26 home loss in the 3rd preseason game. It looks like a season long odyssey as Rodgers will have to outscore opponents all year. 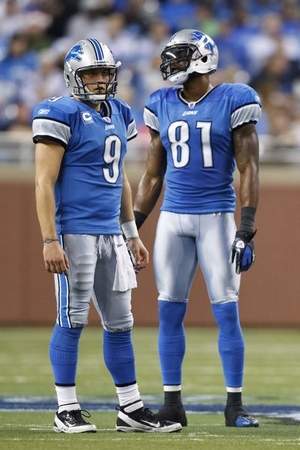 Returning the league’s second best defense is the Detroit Lions. Gone is Ndamukong Suh who has been replaced by former Baltimore Raven Haloti Ngata to anchor the front 7. The pass rush looked more than formidable as they knocked RGIII from the starting lineup in the most physical preseason game of 2015 vs the Redskins. Matthew Stafford was one blown call away from his 1st playoff win in Dallas.  the Lions will make a return trip in 2015.

Stafford has a new weapon in rookie Ameer Abdullah out of the backfield. His explosive quickness on 3rd downs will move the chains. Where “Megatron” Johnson is the big offensive weapon, it’s Golden Tate that brought a gritty attitude to a finesse offense. The player that would make the tough block to spring a teammate or fight through Linebackers to get first downs.Tate is the catalyst to catapult the Lions back to the playoffs in the return of The Black and Blue Division.