As the NFL season winds down, talk invariably turns to awarding the top players for peak performance. The national pundits have clamored all year how Tom Brady will be NFL MVP as though it’s been decreed on high. Completely overlooking deserving candidates turning in career seasons. 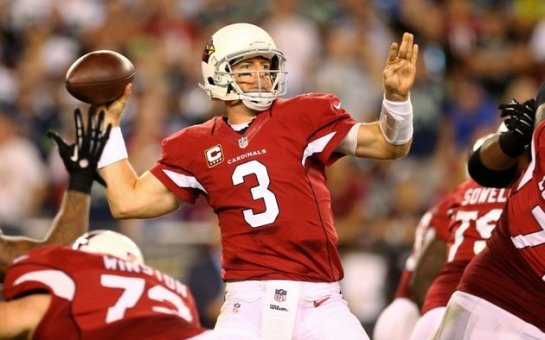 Carson Palmer: Do you realize Palmer is 19-3 as the Cardinals starting QB dating back to the beginning of 2014?? Of course the MVP is for this year’s performance, yet show The Chancellor who has outplayed him. The Cardinals have the NFL’s #1 offense and the #4 passing attack. With today’s performance, Palmer leads the NFL with 29 TDs to just 9 interceptions and 3,693 yards of real estate gobbled up this season.

The Chancellor has always said it isn’t just about the numbers.. it’s about leadership, performance vs expectations, and how would his team fare without him? For Palmer we saw last year when Arizona collapsed after a 9-1 start when he went down. Before he did, he spearheaded a win on the road in Seattle. The signature win of this season came in the 39-32 win in Seattle on Sunday night a few weeks back. They knocked down the NFC West bully when the world was watching. Then followed up with a 34-31 win over a Cincinnati team vying for home field advantage in the AFC.

With the Cardinals fighting tooth and nail with Carolina for home field in the NFC, you can start the MVP conversation with Palmer.

One of the NFL’s most electrifying players.

Antonio Brown: Absolutely the best receiver in football. Unlike Julio Jones, he has had to perform with 3 different quarterbacks and has amassed 85 receptions for 1,192 yards and 5TDs. Keep in mind we’re talking about 5 complete games with Landry Jones and Michael Vick under center. Those stats and there are still 5 games for Brown to play!! He’s on pace to catch 123 receptions for 1,723 yards as the Steelers make a late season playoff push. He’s currently 2nd in receiving yards. Keep your eye on him making big plays down the stretch.

Adrian Peterson: Although he is leading the NFL in rushing, today’s 8 carries for 18 yards in a 38-7 home blowout loss to Seattle hurts his MVP cause. This was a big game against a good defense in a game with wild card playoff implications. These are the games an MVP has to show up in. Just two weeks ago in a battle for 1st place in the NFC North, he disappeared with a 13 carry 45 yard day. The defenses cascaded in and killed a young Teddy Bridgewater without a running threat. These two losses are the difference between leading the NFC North and being embroiled in a fight for a wildcard. Peterson is still leading the league with 1,182 yards rushing.

Doug Martin: With Peterson coming back to the pack, light has been shed on the league’s #2 rusher with 1,133 yards and has protected his young QB. Martin exploded back into a nation’s consciousness when he destroyed the Eagles with a 230 yard performance a few weeks ago. It was the best single game rushing performance since…well Doug Martin‘s 264 yard masterpiece in 2012.

Jameis Winston is growing during this rookie season and one of the players he has to thank is Martin. Doug is only one of two running backs averaging over 5 yards per carry at 5.0. The other isn’t Adrian Peterson by the way. As a team the Buccaneers rank 2nd in the NFL in rushing , just 39 yards behind Seattle. He’s on pace to have a career 1,500 yard season as the 6-6 Bucs make a wild card push. Five of their six wins are against NFC teams and their last 4 are all within conference.

Cam Newton: Now you would think the starting quarterback for a 12-0 football team would be an automatic. In Cam Newton’s rise many pundits have been reluctant to admit his candidacy on the level of other elite QBs, just as they don’t believe in the Carolina Panthers ability to keep winning. When the Panthers lost WR Kelvin Benjamin in the preseason, no one thought the Panthers would even equal last 7-8-1 division championship last year. Newton has emerged as a true leader who now has 25 TDs passing to just 9 interceptions for 2,797 yards. By the time you add his 476 yards rushing and 7 more touchdowns this is the MVP of the league. 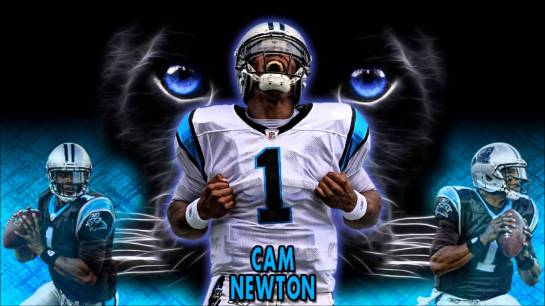 The fact that most of his touchdown passes have come in the 4th quarter can’t be underscored. It was his 4th qtr go ahead TD that slayed Seattle 27-23 on the road. This was a big game and the Seahawks 1st loss with Kam Chancellor back avenging their playoff loss in ’14. Cam killed them from the pocket. Today he out-dueled the NFC South’s preeminent quarterback in Drew Brees in a 41-38 shootout. He was almost knocked out of the game, yet stayed and threw for 5TDs where the lead changed hands 4 times in the 4th quarter alone. It felt like a changing of the guard as Brees couldn’t hold off the young lion.

When Taylor Blitz Times offers our first NFL MVP… we have to include Tom Brady in the mix but our front runner leads the Carolina Panthers.