We’re just 36 hours from crowning the 100th NFL champion with the conclusion of Super Bowl LIV. The narrative has largely been framed around the coaching experience of the Chief’s Andy Reid against the youthful brilliance of Kyle Shanahan. It should be as both have earned their way to football’s summit.

However the narrative that has dominated the headlines concerning both teams on the field is how can the 49ers 2nd ranked defense stop they dynamics Chiefs offense and all world QB Patrick Mahomes??

Kelce is crucial in moving the chains in LIV.

Over the last two seasons Mahomes has thrown for 76 TDs to just 17 interceptions. With TE Travis Kelce (97 rec. 1,229 yds/ 5TDs) Sammy Watkins, Tyreek Hill, and Mecole Hardman the NFL  hasn’t seen this type of lethal speed since The Greatest Show on Turf St Louis Rams. This team can get deep on anyone.

One matchup to keep your eye on is LT Eric Fisher protecting against super rookie Nick Bosa. Each are former 1st round draft picks and had Fisher started all 16 games he might have been a Pro Bowl performer as he had been in 2018. Yet Bosa (9 sacks) Erik Armstead (10 sacks) and DeForest Buckner (7.5 sacks) have benefitted with the return of Dee Ford. They have to collapse the pocket and protect their secondary. If Mahomes can buy time he has the arm to get deep to Hill, Mecole, or Watkins on a 31 year old Richard Sherman.

Mahomes has only been sacked 17 times in the 14 games he’s started and the Niners plan to get after him. Watch for Kansas City to attack with screens early on to slow the pass rush down. Reid and OC Eric Bienemy did adjust to a 2TE alignment and run the Titans, a run heavy offense, out of their gameplan. Can they do that on the 2nd ranked 49er defense though?? 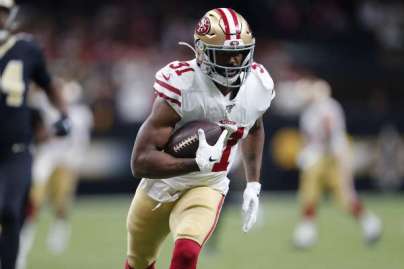 Can Mostert continue his hot hand??

Over the last 5 games of the season the 49ers gave up 147 points which included 46 given up to the Saints on the road. However the defense coming in hot is Kansas City where they only gave up 32 points over the last 5 games. For all the talk of 49er DC Robert Saleh it’s Chief DC Steve Spagnuolo whose defense has jelled as the season concluded.

He put the Chiefs in goalline defense on 4th and 1in the middle of the field in the AFC Championship Game. “Spags” has lined up his defense with 4 and 5 down linemen to stop bruising NFL rushing champion Derrick Henry when he had to. Now that Pro Bowl DT Chris Jones is healthy he has a pivotal role stopping the 49er running game.

Mathieu has been putting the smack down on receivers in 2019.

All Pro and Pro Bowl S Tyrann Mathieu will be pit against 49er Pro Bowl TE Kerry Kittle. Number 85 (85 rec / 1053 yds / 5 TDs) has to have a dominant game against Mathieu and Sorenson. Don’t know if Kittle can get lose on the instinctive athletic safety. Spagnuolo had to learn the strengths of his new defense and Mathieu as his wildcard defender

Shanahan’s running game is the key to the 49ers winning it. He has taken the ball out of Jimmy G’s hands in these last two playoff games. He’s only thrown 27 passes while the offense ran 89 times and controlled the flow of both games. What is going to happen if forced out of that game plan?? Can they unhide Garoppolo??

The 49ers defense in games against mobile QBs Russell Wilson, Kyler Murray, and Lamar Jackson, they went 3-2 in those games giving up 27, 21, 25, 26, and 20 points while allowing an average of 147.6 yards rushing in those games. The Chancellor was front and center during the Halloween contest when they let Kyler Murray run 5 times for 34 yards to keep drives alive in a 28-25 loss. Keep in mind this is with 4 games played against division rivals they knew best.

When they faced a Lamar Jackson they didn’t know… he burst for 101 yards rushing. Mahomes will keep his eyes up and buy time for Hill and Watkins to get deep. In figuring the winner of this game the best defense will win.

Kansas City will win this game as they can be stopped for half the game and explode for 24 in just a few minutes. Patrick Mahomes will bring the Lombardi back to Kansas City 38-21. 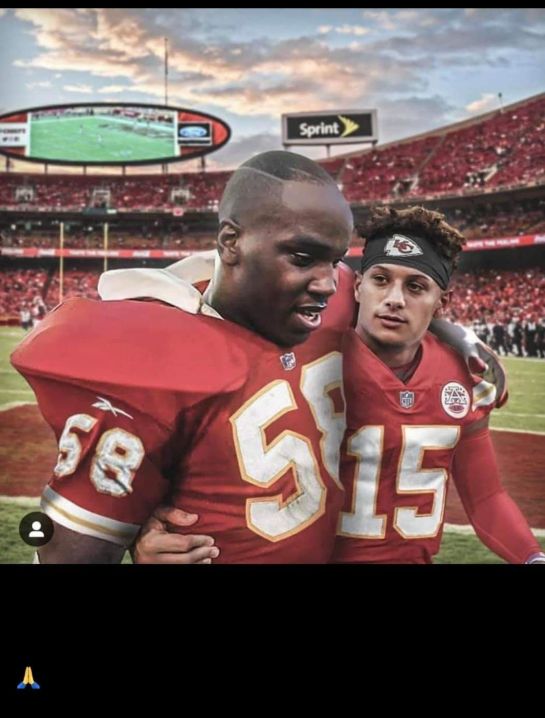