Last year we saw a transcendent performance at the quarterback position in Lamar Jackson. His 1,206 rushing yards was an NFL record while teaming with fellow 1,000 yard rusher in Mark Ingram. He threw for 36TDs as the Ravens did have defenses in a quandary over where the ball was. The read option was a weapon of epic proportions with Jackson’s ball handling & dazzling athleticism. 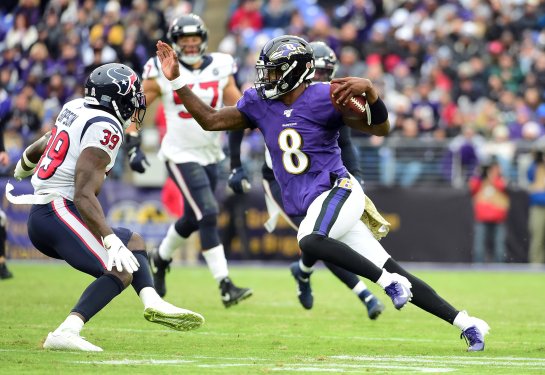 However the Titans exposed Jackson’s weakness completing passes outside of his tight ends and outside the hashmarks in the playoffs. They also played disciplined gap control defense and made sure not to commit forcing Jackson into indecision handing off and in his pass options. He has to improve on his outside touch.

In the Steel City Big Ben stabilizes an offense that sputtered with Mason Rudolph and “Duck” Hodges. Yet the defense drug the team to an 8-8 season as they emerged as a top ten defense (5th) and were solid against the pass (3rd) while leading the NFL with 54 sacks and 2nd in interceptions with 20. 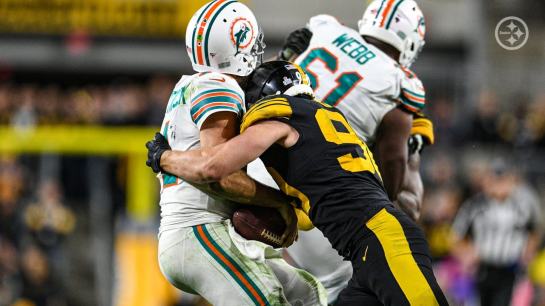 TJ Watt and Bud Dupree combined for 26 sacks were the modern version of Kevin Greene and Greg Lloyd. Their disruptive pocket presence along with FS Minkah Fitzpatrick makes this the NFL’s best in defense. They will benefit with continuity and an emerging Devin Bush at inside linebacker.

Roethlisberger will get the Steelers back to the playoffs however the team will come up short of Baltimore without a true running back. James Conner is a ball carrier that can get the yards a play is designed for but nothing more. JuJu Smith Shuster is still trying to show he is a #1 receiver and has a chance with Ben back at the helm. Ben can will this team to 3 more wins with a pedestrian set of skill players with this defense. Good enough for a wildcard.

Its put up or shut up time in Cleveland for Baker Mayfield as the team brought in Case Keenum who is a stop gap veteran much in the way Tennessee picked up Tannehill last season. There is simply too much talent for this team to be 22nd in offense.

Nick Chubb lead the NFL in rushing up until the final week of his sophomore season. He finished with 1,494 yards and 8 TDs and is the complete package. With former rushing champion Kareem Hunt backing him up they have insurance. Jarvis Landry and Odell Beckham are a solid set of receivers but they don’t seem to complement each other. They seem to be the same receiver however a good coordinator should able to get the ball to them. Can Mayfield improve with his 3rd offensive coordinator?

The division is Baltimore’s for the taking and with the drafting of Ohio St’s JK Dobbins he has a stronger skillset than an aging Mark Ingram. The Ravens should repeat last year’s performance with a 1-2 punch. They’ve added DE Calais Campbell to fortify their defense also. The question is can the Ravens make it to Super Bowl LV.

No coach in the 2019 season has earned the tip of the cap for their coaching performance more than Mike Tomlin. One interesting aspect was the respect earned once the season was underway with his former malcontent Antonio Brown. Believe it or not Brown deserves some of the credit.

Once AB’s antics tore at the fabric of the Oakland Raiders during the preseason, The Chancellor’s first thoughts were “What antics did Tomlin quell in the Steelers locker room over the last 5 years?”

We heard some of the rumblings and antics as his tenure was coming to an end there but nothing like his month long Oakland stay. Nor his few weeks in New England. Social media outbursts and squabbles with the collective front offices in less than 2 months. By October Brown was out of football.

Respect for Tomlin started to accrue then, even on the heels of public sentiment among many in Steeler nation who have called for his head. Even Hall of Famer Terry Bradshaw chimed in late in 2016 on FS1’s Speak for Yourself:

ICYMI Last week Terry Bradshaw said Mike Tomlin is not a great coach.
Did the Steelers' victory over the Ravens change his mind? pic.twitter.com/SagA5sS9qj

Keep in mind this comes before his 1-4 start this year after losing potential Hall of Fame quarterback Ben Roethlisberger for the season. Ben was to be the stabilizing on field leader to aid a rebuilding team from a tumultuous 2018 season. All World RB LeVeon Bell sat out and the aforementioned Brown’s leaving the team. The Steelers were even 0-2 when Ben was lost…. so Tomlin led a team missing these three skilled players who had a combined 16 Pro Bowls between them without a dedicated succession in place.

While the Stillers sit at 8-5 and may not catch the AFC North leading Ravens, his team is 7-2 after a 1-3 start since their last loss to Baltimore. Tomlin has kept his team hitting hard and having belief they can win any game. He’s won all 8 games with Devlin “Duck” Hodges (3-0) and Mason Rudolph (5-3) as starting quarterbacks making their first starts.

The Steelers have lost another 3 games to injury to stand in receiver Ju Ju Shuster and 5 more for fill in running back James Conner. Yet they have plugged in low round draft picks at RB, QB, and WR and haven’t skipped a beat. He has had to take some risks like today’s fake punt in Arizona but he has turned back the clock here in the NFL’s 100th season to a tried and true approach… lean on your defense. 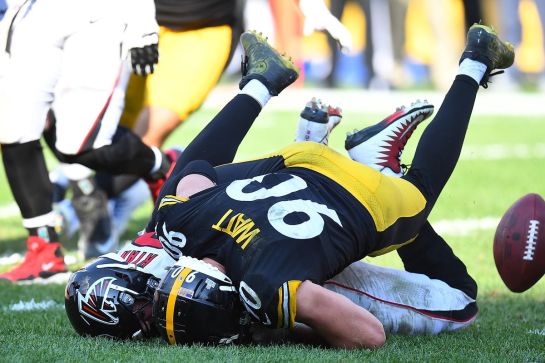 For all the talk of the Packers pass rush of “The Jones Bros” in Green Bay, TJ Watt (12.5 sacks) and Bud Dupree (9.5) have been more of a hurricane with 9 forced fumbles compared to the Packers duo with only 2. They only have 2 more sacks combined 23 to 21 yet influenced their team’s outcome more over the last 2 months. 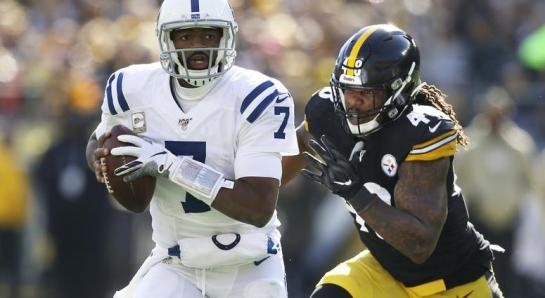 Dare we say they have revived the force coming off the edge reminiscent of Kevin Greene & Greg Lloyd??

One of the benefactors is midseason acquisition Minkah Fitzpatrick whose 5 interceptions and stellar play has solidified the back end of the defense. He has had an All Pro season and the voting should reflect it at the end of the year.

Ironically in a Facebook Steelers group when this team was 1-4 I joked how the Steelers saw this in 1976 when they had a defensive performance for the ages. Well Tomlin has taken his team back in time and has his team winning with brute force while infusing belief into a series of rookies on offense. This team will finish with an 11-5 record and no one will want any of this team as wildcard weekend approaches.

Next to Tom Flores taking the Oakland Raiders to the Super Bowl XV championship, Tomlin’s performance is one of the greatest single season coaching jobs in NFL history. To find a season remotely close to this you have to return to the 1991 Philadelphia Eagles when they lost Randall Cunningham in week 1 and fought to a 10-6 record. That season saw history’s last #1 defense against the run, #1 against the pass, and #1 overall… the trifecta while winning games with their 2nd, 3rd, & 4th string QBs.

Will Pittsburgh win in a championship this year?? Time will tell but The Chancellor of Football has Mike Tomlin as Taylor Blitz Times Coach of the Year for 2019. In this historian’s eyes, Tomlin’s performance along with his Super Bowl XLIII season anoint him into the pantheon of great coaches no matter what Uncle Terry says.

My man Dennis Burnside put this up and it made me remember an event that happened back in high school:
Stupid meme generators need to play Madden and not make zhit like this...just imagine Tom Landry is a failure for only winning 2 Super Bowls in 29 years. 🤔🤔🤔 Johnny Unitas only got 3 rings...
Sun setting at Leslie's birthday dinner
Time for sunset and a birthday dinner with this lovely lady
Have to have a schooner...
Ahhhhhh.. its nice to be out of the AZ heat. Cant believe the building on the pier where Ruby's was...no longer there
Loading Comments...