Detroit's defense harrased and hounded Tony Romo throughout the second half.

If someone were to have asked you at the beginning of the NFL season: Who would be the last two undefeated teams?? There is no way anyone would have guessed they would be the Detroit Lions and the Green Bay Packers. Well the champion Packers yes but the Lions are roaring into the NFL’s collective conscience in a way not seen since the ’99 Rams. After over a decade of losing the Lions are on a tear. That’s right, 8 straight games when you include the last 4 to end the season and the first 4 of this campaign. However last Sunday’s win in Dallas might have been the most telling win out of all of them for the way they pulled it off.

We have talked at length about the psychological building blocks that make up a championship team. Understand this is a franchise a little over a year removed from losing the most consecutive road games in NFL history with 24. Now in back to back weeks the Lions roared from 20 points down to beat the Vikings 23-20 in Minnesota. Then with all NFL eyes upon them down in JerryWorld, they stormed from behind to win 34-30 after being down 27-3. What makes it one of those psychological building blocks we talk about?? The fact that they never believed they were out of the ball game and played with great heart. Detroit had to find a way to win with their defense and special teams forcing errors. Most great comebacks happen because a quarterback and his offense got hot. That wasn’t the case down in Dallas last Sunday.

Matthew Stafford struggled for much of the game yet came to life when he was needed to complete the comeback started by the defense. He threw for two fourth quarter touchdowns to Calvin “Megaton” Johnson, who now has 11TD throws on the year. Johnson has continued his torrid streak becoming the first in NFL history to start the season with 2 TDs in each of the first four games. Hell he’s on a pace to grab 32TDs. All of this while the Lions became the first team in NFL history to overcome 20 point deficits to win games. All of this on the road after setting the record for most consecutive road losses?? Yes, a complete confidence is growing within this Lions team that may become hard to extinguish, however the World Champion Packers are looming just over the horizon. Before we get there lets look at the standings. 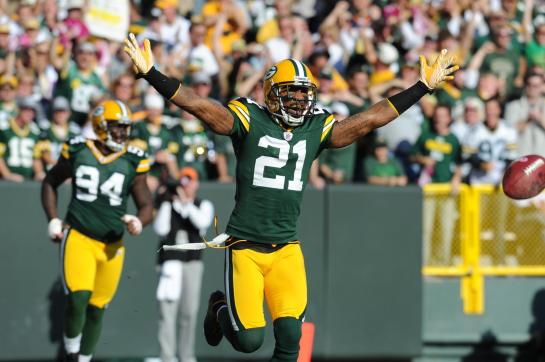 Which brings us to the streaking World Champions, who are also 4-0. Aaron Rodgers has just made defenses look foolish with his torrid start to the season. His quarterback rating of 124.6 includes 12 TDs to just 2 interceptions and he has 1,325 yards passing. http://www.nfl.com/player/aaronrodgers/2506363/profile Yikes! After last year’s postseason run it’s a miracle he’s not getting more ink. Everyone has been talking about Cam Newton, Brady’s record setting start, Romo’s chronicles in Dallas, and even Matthew Stafford’s 11TD start in Detroit. Yet there may not be a team more reliant on their signal caller than the Super Bowl XLV MVP. Right now they are balanced with Rodgers at the helm. James Starks has 210 yards rushing which is supplemented by Ryan Grant’s 157. If Rodgers were hurt teams would come forward to stop the run more which is a no brainer. What has been overlooked is the fact that the Packers defense is ranked a dismal 28th overall and 31st against the pass. http://www.nfl.com/stats/categorystats?archive=false&conference=null&role=OPP&offensiveStatisticCategory=null&defensiveStatisticCategory=TEAM_PASSING&season=2011&seasonType=REG&t    This would not be a good time to take on Detroit and it’s a good thing they don’t have to for seven more weeks. What is a problem is the fact that there are no big injuries to point a finger to and after a quarter of the season is gone, it’s safe to say they may not be a top 10 defense this year. Teams are forced to play catch-up so much chasing the new highest scoring team in the league. The Packers dropped an epic 49-23 beatdown on the Denver Broncos last Sunday. 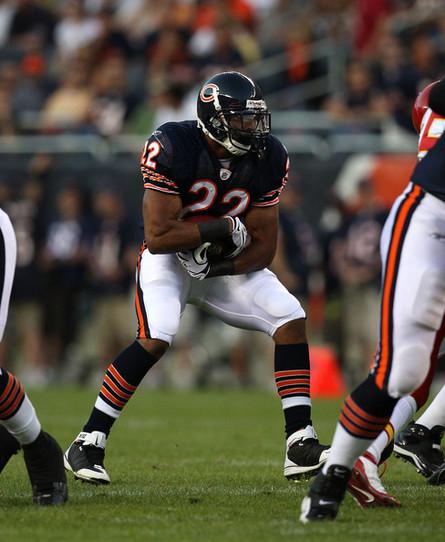 Matt Forte has quietly been one of the NFL's leading rushers.

However to the southwest is a Chicago Bear team seething at the attention afforded their division brethren. Sure they fell to the Packers 27-17 two weeks ago, but that was a tough game and the Bears relish a rematch with their rivals. Although they played in last year’s NFC Championship Game, this team has been largely forgotten about. They just beat the Carolina Panthers and slowed Cam Newton, somewhat, enroute to a 34-29 win that places them 3rd with a 2-2 record. This Monday Night matchup with the Detroit Lions is where the Bears can show that they are still in the fight. A lost fact is the Bears have scored over 30 points twice so far this season, and take a guess which two of their four games they won?? Matt Forte has rushed solidly for 324 yards and 1TD and Johny Knox and Devin Hester have been decent with 12 and 7 receptions respectively. However it’s former Lion WR Roy E. Williams who should be motivated to make an impression in this Monday Night showdown. If he can’t get going in this one against his former team when will he??

One looming problem for the Chicago Bears is they’re defense is ranked 31s overall after a tangle with Cam “The Human Highlight Film” Newton. He did throw for 376 yards on the Bears defense and they need to shore that up. By the way…did we tell you that Bears defensive co-ordinator is former Detroit Lions Head Coach Rod Marinelli??  Division rival…wanting to showcase that they are still an NFC heavy, and the emotion of Williams and Marinelli coming back to Motown!! Dammit Hank Williams for your comments about Obama being Hitler, but if ever we wanted to hear your “ARE YOU READY FOR SOME FOOTBALL??” It would be this Monday Night when the Bears travel to Ford Field.

The next time will be Thanksgiving when the Packers travel to Ford Field. Remember, late last year the Lions beat them in their 4 game winning streak. Shhhhh…food for thought.

Thanks for reading the article, sign up for a free subscription, and share it with your friends.

Time for sunset and a birthday dinner with this lovely lady
Have to have a schooner...
Ahhhhhh.. its nice to be out of the AZ heat. Cant believe the building on the pier where Ruby's was...no longer there
Congratulations Big Nate!!
🤦 will someone hit somebody!??
Football Friday... RIP Jerome Brown [[_]] Canes legend!
Loading Comments...