Don’t you just love football?? Here we are after a night of thrilling finishes to college football Saturday, heading into NFL’s week 8 with some pivotal match-ups. This week has most of the teams playing against unfamiliar cross conference opponents which should make for an interesting week. We expect some surprises but one thing we want to point out is after an 0-3 start, the Kansas City Chiefs play Monday Night against the San Diego Chargers with first place on the line. In our never ending comparisons we explained they could match the plight of the ’89 Steelers who lost their first two games by a combined 93-10, yet came back to make the playoffs. Well after being outscored 89-10 in their first two games, the Chiefs can be in first place before we hit November. Now that is a turnaround!! Lets get after the games…

Arizona Cardinals @ Baltimore Ravens: After that disaster Monday Night, Joe Flacco needs to make amends with the fans of Baltimore and his teammates. He has to play better and the Cardinals 26th ranked defense could be the tonic he needs. Meanwhile Anquan Boldin will want to win this one badly also against his former team. Ravens on the strength of their defense which overtook Cincinnati as the #1 unit in football.

Minnesota Vikings @ Carolina Panthers: The first foray into playing quarterback on the road in the NFL for Christian Ponder. Should be one where Carolina’s defense should rattle the rookie. Yet the Panther’s 29th against the run defense might get scorched by Adrian Peterson. Peterson comes in with 729 yards and 8 TDs and may need a herculian effort to pull this off. We have to go with the Panthers and Cam Newton at home…..barely

Jacksonville Jaguars @Houston Texans: The Texans are coming very close to giving away a season that shaped up to be a special one for them. Of course they couldn’t help the untimely injuries of Mario Williams and Andre Johnson but this team needs to get going. After last week’s 41-7 devestation of Tennessee, this is the game where they need to hammer home the point that they’re the AFC South’s best. All they have to do is stop Maurice Jones-Drew, who has run for 677 yards yet has those two Monday night fumbles dancing in his head. Texans will be going for the football. Rookie QB Blaine Gabbert in his first road start in the NFL shouldn’t be a factor. Texans going away.

Miami Dolphins @ New York Giants: Where do the Dolphins go after a mind numbing loss to the Broncos?? A mildly cold Gotham. Not good, especially with the psyche of having to relive Tebow’s comeback time after time on NFL Network and ESPN. If only they had quality running backs to exploit the Giants 27th against the run defense they would have a chance. Giants with Eli Manning passing on a suspect Dolphin defense will be enough.

New Orleans Saints @ St Louis Rams: This is going to be a glorified scrimmage for the Saints offense. After getting torched by DeMarco Murray for 253 yards on the ground, the Saints will be licking their chops to take the lead and hand it off to Mark Ingram and Pierre Thomas. Right now the NFC’s #1 ranked offense is hot with Drew Brees ahead of his 5,000 yard season pace. Yikes!! Saints

Washington Redskins @ Buffalo Bills: The “Land of the Misfit Toys” welcomes in a Redskin team that is coming back to Earth after a 2-0 start. They have gone 1-3 since then and lost RB Tim Hightower for the rest of the season and Rex Grossman has started to throw interceptions with 9. Wrong place, wrong time. The Bills enter the week with the most interceptions with 12 and 16 turnovers forced overall. It will be loud in Orchard Park and Grossman should throw some picks today. On the other hand, Fred Jackson is 6th in the NFL in rushing with 601 yards and 6TDs and should make it to 3rd today if he rushes for over 71 yards. The ink is just drying on Ryan Fitzpatrick’s new $59 million extension and he should be on his game after a bye. Buffalo wins over a sliding Redskin team.

Detroit Lions @ Denver Broncos: Want to hear something funny?? A few years removed from setting the record for the most consecutive losses in NFL history, the Lions find comfort away from home now. They are 3-0 at home and take on a Bronco team giddy over a come from behind win. There is a serious chance at an emotional letdown by the Broncos. Tebow will face a potent pass rush this week and if they minimize turnovers they have a chance at home. On defense they won’t have a good time covering Calvin “Megatron” Johnson who has 10 TDs already. Everyone is waiting for Detroit to wake up and be a bad team again…it’s not happening. Detroit on the throwing of a maturing Matthew Stafford (16TDs / 4 ints) will best the Broncos. 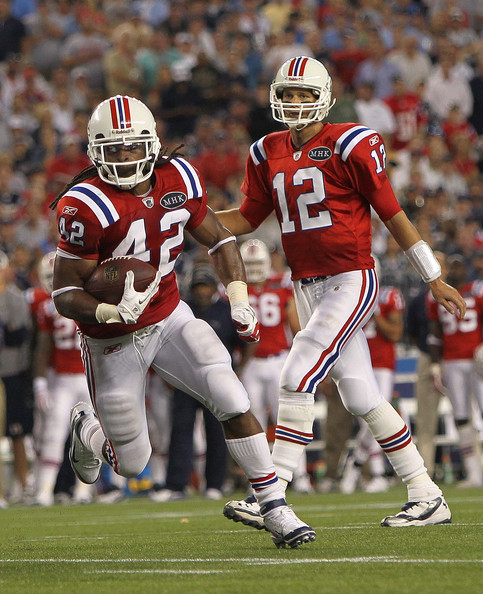 Cincinnati Bengals @ Seattle Seahawks:  Cedric Benson is suspended and the Bengals have only RB Bernard Scott to keep Seattle’s defense and crowd noise off of rookie QB Andy Dalton. However the game will turn on the Bengals #2 ranked defense which has forced 9 turnovers and has allowed only 1 team over 100 yards rushing the ball. Bengals

Cleveland Browns @ San Francisco 49ers: One of the surprise teams in the league is out by the bay this week. Yes the 49ers are 5-1 and were the toast of the town for two weeks. However the team I’m talking about is the 3-3 Cleveland Browns who are going into this game with the league’s 4th best defense in all of pro football. Peyton Hillis is sore and a game time decision. Everyone is expressing how poorly Colt McCoy is playing and he does need some improvement. However he has 8 TD throws along with SanFrancisco’s Alex Smith has the same amount of TD passes. This is an upset special… Browns in a tough one.

Dallas Cowboys @ Philadelphia Eagles: The Cowboys discovered a running game in DeMarco Murray last week with a team record 253 yards rushing against the Rams. Yet it was just that…against the Rams. So was it a coming out party or an aberration? For the first time in many weeks Tony Romo wasn’t asked to pass deep into the 4th quarter where he’s had his troubles. Coming into the game, the Dallas Cowboys come in with the #1 defense against the run and face the #1 rushing offense, so what gives?? Vick with a few scrambles should tire out the Cowboys defense and the safeties are still suspect and may allow DeSean Jackson to get deep. With their season on the line we think the Philadelphia Eagles will right the ship after lamenting their fate all through the bye week.  Jason Garrett has some questionable calls late in close games and will do it again tonight. Sorry Hollywood, Romo will throw a late pick.

Monday Night Kansas City Chiefs @ San Diego Chargers: The Chargers had the chance to reverse how others, namely the Taylor Blitz Times, views them as perennial underachievers last week and then went out and did so again. This time with the spotlight on them after Rex Ryan’s comments. They viewed that game as a big game and promptly laid an egg. The team that has gone through a crucible is the Kansas City Chiefs. This summer it was thought this was the best team in the AFC West. First came the 0-3 record, lost their 1,400 yard rusher in Jamaal Charles going down, then rededication and a 3 game winning streak has this team confident again. They have found a sound RB replacement in Battle. With a win they go from worst to first in only 4 games and will lead the AFC West again. Will they get it?? Yes on the strength of their ground game with Thomas Jones, Battle, and McCluster leading the way.