Heading into Super Bowl VI, Cowboy coach Tom Landry referred to the Miami Dolphins defense as “a bunch of no named guys.” The Dolphins and the sporting press spun Landry’s comment into the nickname “The No Name Defense”, that they would forever be known for. Yet little did he know he would return with an equally set of anonymous guys to the title game four years later.

Don’t get us wrong there were known players on the Cowboy’s roster, they were aging and on the downside of their careers. Quarterback Roger Staubach had come of age in the 1975 playoffs and was in his prime. He took the Cowboys to Super Bowl X after engineering a miracle in Minnesota. A play that came to be known as The Hail Mary. However it was holdovers from the 1960’s defenses which included Middle Linebacker Lee Roy Jordan #55, Outside Linebacker Dave Edwards #52, DT Jethro Pugh #75, and future Hall of Fame CB Mel Renfro, that lent familiarity to long time fans. 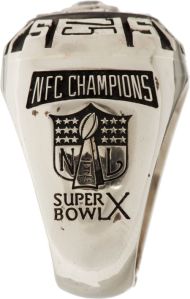 The 1974 season saw the Cowboys say goodbye to Hall of Fame Defensive Tackle Bob Lilly, Hall of Fame receiver Bob Hayes, and longtime CB Cornell Green. To replenish the cupboard, Gil Brandt, Tex Shramm and Tom Landry loaded the roster with new players. An amazing 12 rookies made the team and became known as “The Dirty Dozen”. Yet none were stars or household names. Well at least not at the time.

The plain truth is the basis for a team that made the Super Bowl 3 times in 4 years, and 3 more NFC Championships games in the ensuing 4 years after came from this draft. Long time MLB Bob Breunig, Hall of Fame DT Randy White, OLB Thomas “Hollywood” Henderson, DE Ed “Too Tall” Jones, S Randy Hughes, OLineman Herbert Scott, Pat Donovan, and Burton Lawless became mainstays from this team. Had the bounce of the ball gone differently in Super Bowl X and/or Super Bowl XIII this group would have been remembered in many ways close to the Steelers 1974 draft class.

Just think about it… had the Cowboys won Super Bowl X or XIII the tally would have been 3 wins by both Dallas and Pittsburgh. Dallas sends more players to the Hall of Fame and fewer Steelers would have been enshrined.

Speaking of Tom Landry’s no-name bunch: Roger Staubach, Tackle Rayfield Wright and Safety Cliff Harris were the only Pro Bowl selections. In fact, the ’75 Cowboys are one of 3 of the first 42 Super Bowl participants to have the fewest pro bowl players with 3. When you think of the ’75 Cowboys who were the runners?? Calvin Hill, Dwayne Thomas, Walt Garrison?? All were gone from the team and Tony Dorsett was 2 years away.

The Cowboys had offseason acquisition Preston Pearson who had appeared in Super Bowls with both his previous teams. The Steelers of 1974 and Baltimore Colts all the way back in III when they lost to the Jets. He teamed with FB Robert Newhouse for a steady ground attack that would in time need to be improved but provided balance in ’75. 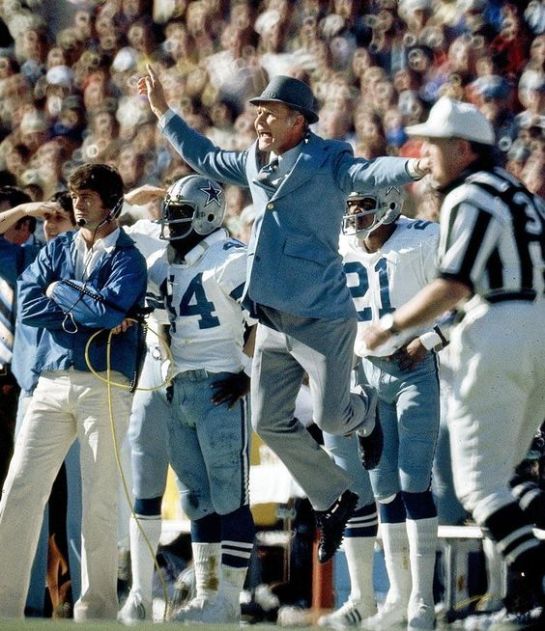 The greatest of the first ten of these games stamped the Cowboys as a team to watch as the late 70’s beckoned.

One thought on “SUPER BOWL X RUNNER UP 1975 DALLAS COWBOYS”