One of the most perplexing aspect of picking the NFC East is what is going on with Jason Pierre Paul’s hand?? How damaged is it?? Is he really missing his thumb?? Today he showed up to the facilities and is about to sign his contract yet we haven’t been shown what his hand looks like. As the Giants “alpha dog” on defense, without him being what he had been could have a ripple effect on the Giants as a whole. 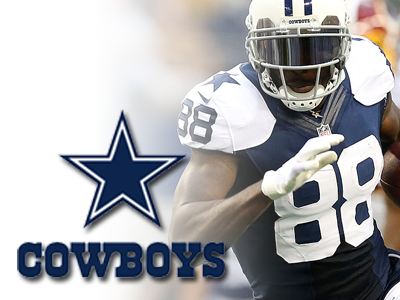 The Dallas Cowboys will come down a peg now that they are running by committee. This is the first time since 1946 when the NFL’s leading rusher switched teams the following year. Here at Taylor Blitz Times we made mention of “The Great Wall II” and an offensive line is great for an era. We stand by that but we have to see how the often injured Darren McFadden and Joseph Randle will perform.

Cowboys brass has to have some reservations or they wouldn’t have traded for Christine Michael from Seattle. The penchant is there to revert back to the pass happy era we saw earlier in Tony Romo’s career. At least in a few games this can happen. The defense begins the season with Rolando McClain, Kevin Hardy and Orlando Scandrick beginning the season suspended and on the reserved injured list doesn’t bode well. Dallas will have a sloppy start to this season as they try to establish their running game and find defensive continuity.

Sanchez will have to play for Bradford several times this season.

Interestingly the Eagles are coming into 2015 with something old and something new. The old?? Chip Kelly jettisoning off top shelf talent. Gone is RB LeSean McCoy to Buffalo and WR Jeremy Macklin to the Chiefs. The something new is swapping QBs Nick Foles for Sam Bradford from the Rams.

The often injured Bradford won’t remain on his feet for the entire season. We saw the hit Terrell Suggs put on Bradford in the pre-season. Chip Kelly’s offense will expose Bradford too additional hits and Sanchez will have to take his place several times this season. This kills offensive continuity and we know Kelly’s too arrogant to change his play calling.

Not only will the Eagles wear down but the Giants will remain too inconsistent to take the division. Eli Manning just inked a new contact extension and will play loose. However Victor Cruz is still rounding back into game shape and Odell Beckham is getting the business from defenders set to get after him in his sophomore season.

If Jason Pierre-Paul had showed up with 10 fingers the Giants win the division. With his being sent home without signing his contract something is definitely up. And without an index finger he’s rendered one of his hands to be useless to pull on jerseys in pass rush hand fighting techniques. Pierre-Paul won’t be the same player and the defense will take a big step back without it’s dominant pass rusher. Remember he was their franchise player… not any more.