It seems that we have been predicting the demise of the New England Patriots unsuccessfully for the last 7 years. This season the Patriots will miss this player or this player. Yet here we are again with the 2 time defending AFC Champions ready to battle off conference contenders who appeared to have closed the gap.

Yet here we are with a great number of marquee players returning from serious injury. How quickly can DeShaun Watson, Andrew Luck, and JJ Watt return to form?? Can the Steelers offense find a rhythm once they get LeVeon Bell to report to the team?? 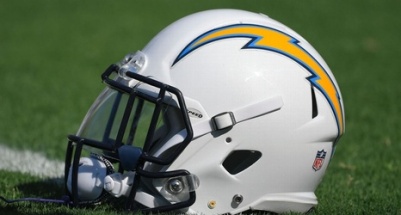 Yes the city of Los Angeles will have a team in Super Bowl LIII but not the team that everyone is anointing.

The Chargers best pass rush since the mid 80’s.

Keep in mind the Chargers defense was middle of the road ranked 15th and should improve as Joey Bosa returns from a foot injury. However a closer look shows this team gave up 319 yards per game in the last 8 games. Good enough to make the top ten. Fellow DE Melvin Engram III came on with 10.5 sacks to combine with Bosa’s 12.5 which anchored the NFL’s 3rd ranked defense against the pass. This team is ready to make a move.

A lot of pundits want to anoint Andrew Luck as back however The Chancellor sees nothing but rust, rust, rust. He hasn’t played football in over 600 days and Colts fans will wince everytime he hits the ground. Keep in mind he has 4 games against Sacksonville (55 sacks) and Tennessee (43 sacks) which finished in the top 5 in QB take downs. Oh…and 3 time NFL Defensive Player of the year JJ Watt also returns. Sorry Calvin Ladd the Colts will be losing a lot of games. Did you just see that Redzone interception??

Can Forunette stay healthy this season? Has a tendency to get nicked up.

The AFC South will have 3 even teams beating up on each other as no one will take command until the final week. The Titans and Jaguars play several close to the vest affairs. One bounce of the ball one way or the other spells win or loss in at least 6 of their games. Its going to come down to which QB can make plays beyond the X’s and O’s and DeShaun Watson edges Marcus Mariota and Blake Bortles in that regard.

The Steelers and Patriots rule the AFC North and East respectively largely on Hall of Fame QBs. The underappreciated Ben Roethlisberger (4,251 yds 28TDs 14 ints) will have to keep the offense going in Bell’s absence. Pittsburgh is still the class of their division although this could be the last year on that perch. This situation with LeVeon Bell will linger all season. The back and forth between Pro Bowl C Maurkice Pouncey could prove disruptive to team chemistry once Bell joins the team.

This is how The Chancellor of Football’s crystal ball shapes up for 2018. It will be the L.A. Chargers traveling to Atlanta to play for this trophy: